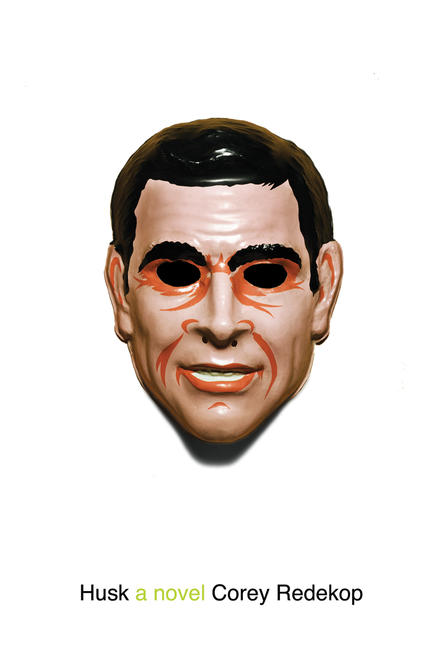 It is one thing to die, alone and confused, trapped with your pants down around your ankles in the filthiest bus restroom in existence. It’s quite another thing to wake up during the autopsy, attack the coroner, and flee into the wintry streets of Toronto.

It’s not like Sheldon Funk didn’t have enough on his plate. His last audition, for the reality television series House Bingo, had gone disastrously wrong. His mother was in the late stages of dementia. His savings were depleted, his agent couldn’t care less, and his boyfriend was little more than a nice set of abs. Now, Sheldon also has to contend with decomposition, the scent of the open grave, and an unending appetite for human flesh. Plus another audition in the morning.

For Sheldon to survive his death without literally falling apart at the seams, he has to find a way to balance family, career, and cannibalism, which would be a lot easier if he could stop eating hoboes. Husk, the story of the everyzombie.

Corey Redekop’s debut novel Shelf Monkey (ECW Press, 2007) was awarded the Gold Medal for Popular Fiction at the Independent Publisher Book Awards. His second novel Husk (ECW Press, 2012) was named one of the best books of 2012 by Amazon.ca. Currently a publicist for Goose Lane Editions, he bides his time in Fredericton, NB.

“I loved this book so much and it has one of the best, if not THE best, ending I’ve experienced in a book.” — The Literary World

“One of the writers to pay attention to.” — January Magazine

“Husk is a hilarious and sometimes endearing chronicle of Sheldon the zombie by author Corey Redekop . . . If a witty zombie tale is what you are looking for, Husk is a book you will not want to miss.” — Portland Book Review

“Zombiedom’s entire pop culture heritage has been thrown against the wall in bleeding chunks, where much of it sticks.” — Toronto Star

Other titles by Corey Redekop

Cheating at the End of the World

How to Model Believable Chaos: A Round-Table on World-Building

We talk to sci-fi and fantasy writers about how they make their worlds, and why it's so important.