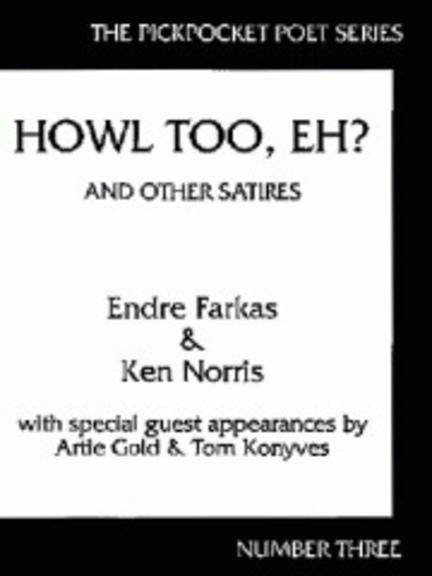 Artie Gold was born in Brockville, ON. He was raised in Montreal and continues to live there. He was involved with the influential Vehicule Poets—a group known for Dadaist/experimental writings and performance works.

Other titles by Artie Gold