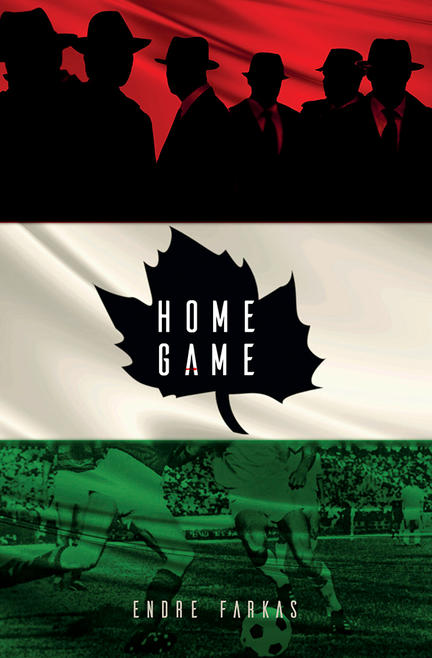 Tamasz Wolfstein escaped from Hungary with his parents when he was eight years old. They found refuge in Montreal, and Tamasz, who now goes by Tommy, or Wolfie to his soccer teammates, has become thoroughly Canadianized. His parents will never forget the persecution they endured as Jews in a right-wing Hungary, but Tommy's memories of that time are scant. When his university soccer tea is invited to Hungary to play against the country's top-ranking university team, however, Tommy will learn about his family's difficult past and the ongoing dangers they —and he — face. And when a chance encounter with a bully from his childhood goes horribly wrong, Tommy's life is suddenly in jeopardy.

Tommy stared out the window as the train departed the station for Debrecen. He saw himself staring back. Even though it was only eleven years ago, it was more than half a lifetime. It was a long time ago, in a world far away where he had passed a childhood that didn’t feel like his, in a language he was no longer fluent in and in a motherland that didn’t feel like home. But here he was.

The land was flat and green with crops as far as he could see. They were divided by fields of sunflowers. What a strange thing to grow, he thought to himself. Other than sunflower seeds, he didn’t know what else they could possibly be good for. Huge heads on such thin stalks. Why didn’t they fall over and snap? Incredible.

Schmutz and Speedy sat down next to him.

“We’re going to pass my grandfather’s town just before we hit Debrecen.” Tommy said. “My father was in a labour camp there.”

Tommy thought everyone knew what it was but then realized ‘everyone’ meant Jews. “It’s where Hungarian Jewish men were sent when the war broke out. It was part of the army except they weren’t allowed to carry guns.”

“Jews were not considered real Hungarians. They weren’t trusted with guns. Instead they were given picks, shovels and brooms. They were given all the shitty work: fixing roads, digging ditches, cleaning latrines. And some, according to my father, were sent to the front and used as mine clearers.”

“What are mine clearers?” Schmutz asked.

"The ones forced to go clear land mines that the enemy planted before they retreated. They had to go find and dismantle them before the regular soldiers advanced. Many of them were blown up.”

“Does your grandfather still live there?”