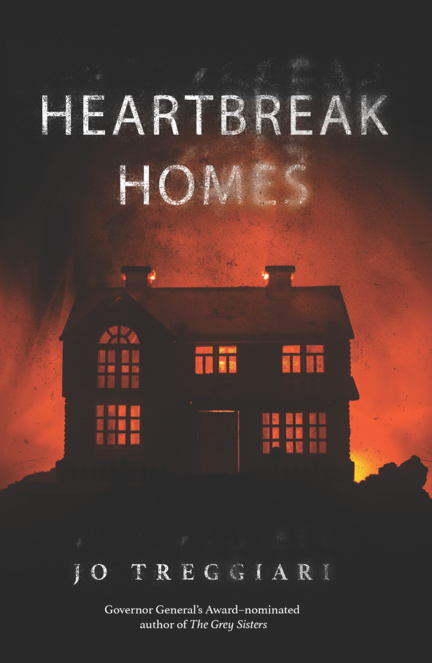 A gripping locked-door YA murder mystery told from multiple perspectives from Governor General's Award – and Crime Writers of Canada Award – nominated author of The Grey Sisters and Blood Will Out.

The back-to-school blowout filled with drinks and drugs isn't Frankie's scene, but she would do anything for her childhood best friend, Jessa, whose recent ugly duckling transformation has her hanging with a new crowd and vying for pretty boy Malcolm – the popular senior throwing the all-out rager on his father's deserted development property.
Martin hasn't heard from his old friends since his father lost everything and moved them across town. Until the party invitation. Between working double-shifts and avoiding his father's sad-guilty routine, Martin decides to blow off some steam. But the party house is a monument to the bad real estate deal that left half the town in financial ruin – and the heart of all that has gone wrong for him and his family.
Cara and her crew of lost girls have been squatting in a model home on the property, stealing for their survival. The party is the perfect mark – privileged kids, abundant alcohol, and dark corners. The girls score big with their haul, but the celebration is short-lived when they learn their temporary home is at risk of discovery. They could be split up and forced back onto the unsafe streets.
In the wake of a brutal brawl, the guests find a lifeless body—and this murder is only the first. Escalating violence drives Frankie, Martin, and Cara to forge new bonds, and together unmask a killer. Narrated from multiple perspectives, Heartbreak Homes is about what compels us to kill – and the true face of justice.

"The use of three distinct narrative voices is critical to the success of the novel. With independent but interweaving storylines and amateur investigations, evidence is allowed to accrue naturally and realistically, gradually building to a grand — and genuinely surprising — final revelation.
Heartbreak Homes works not only as a first-class mystery but also as a deft examination of class differences in a small town, and the impact of adult decisions (and losses) on younger members of a family. Reminiscent of the first season of Veronica Mars, the novel will appeal to YA readers and any lover of a good mystery, regardless of age."
— Quill & Quire https://quillandquire.com/review/heartbreak-homes/

"Tense and compelling, the shifting narrators are well-developed and multi-faceted characters whose relationships and motivations are realistically depicted, and the secondary characters are equally dynamic and relatable. Treggiari has created a satisfying mystery that also reminds readers to remember that there is always so much more to each person's story than what we see on the surface."
— Lisa Doucet, CCBA Experts' Pick, October 2022

Pageturners for the Holidays

Spooky YA Picks by Jo Treggiari