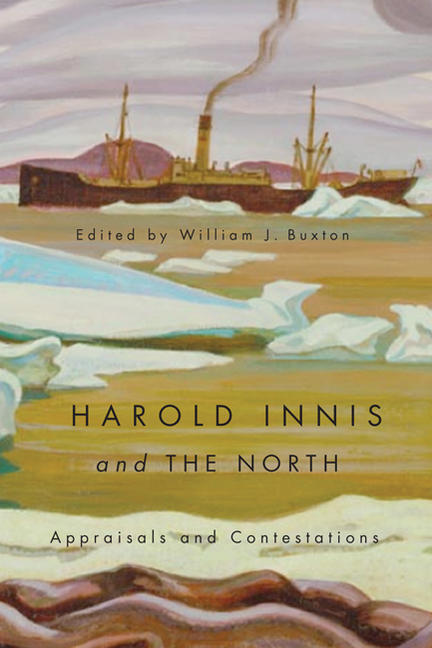 Harold Innis is widely understood as the proponent of the "Laurentian school" of historiography, which mapped Canadian development along an East-West axis. Harold Innis and the North turns the axis North-South by examining Innis's intense and abiding interest in the North, and providing new perspectives on this seminal figure in Canadian political economy and communication studies.

This collection reveals that Innis's advocacy of the North was closely bound up with his vision of northern Canada as the site of a second industrial revolution based on mining, hydro-electric power, pulp and paper, and enabled by new forms of transportation. Long preoccupied with Canada's coming of age as a balanced and integrated industrial nation-state, Innis grappled with the same issues about the North in the Canadian nation that we are dealing with today. Chapters explore the breadth of Innis's northern activities, including his early studies of the fur trade, his biography of eighteenth-century explorer and cartographer Peter Pond, his review essays on the North for the Canadian Historical Review, his leadership of the Rockefeller-sponsored Arctic Survey, and his trip to the Soviet Union.

Harold Innis and the North crafts a new narrative about the nature and scope of Innis's intellectual project and provides a unique appreciation of his multi-faceted professional identity.

Other titles by William J. Buxton

by (author) Harold A. Innis
introduction by William J. Buxton

Harold Innis in the New Century