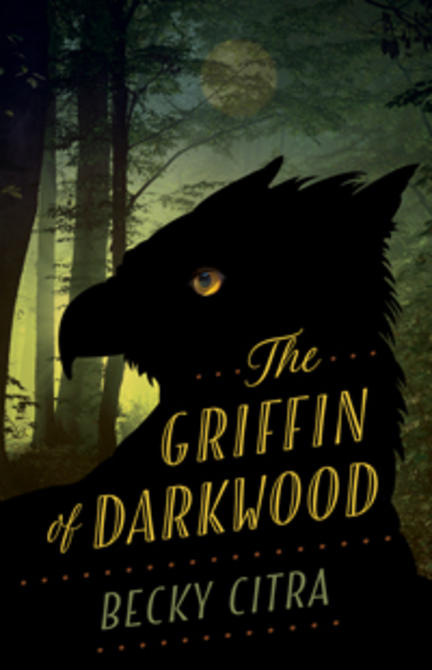 Will Poppy has always been fascinated with writing - he thinks there's something almost? magical about it. But when his mother passes away, Will finds himself stuck living with his awful aunt, unable to write a single word (despite the fact that two Muses will not leave him alone), and handed a mysterious package which includes an old picture of his grandparents and a piece of cloth with the words The Griffin of Darkwood" on it.

When his aunt decides to move both of them to a small village, Will is excited for a new adventure, and in a castle no less! But after a rude welcome to the town that includes stories about a curse, and an introduction to the servants of the castle who evidently mean to cause him harm, Will's sense of dread about the whole village rises.

Becky Citra is the author of over twenty books for children, ranging from early chapter books to novels for young adults. She was an elementary schoolteacher for over twenty-five years and began writing for children in 1995. Becky’s books have been shortlisted for and won many awards, including the Red Cedar Award, the Diamond Willow, the Silver Birch and the Sheila A. Egoff Children’s Literature Prize. She lives in Bridge Lake, British Columbia. For more information, visit www.beckycitra.com.

Other titles by Becky Citra

Murder at the St. Alice