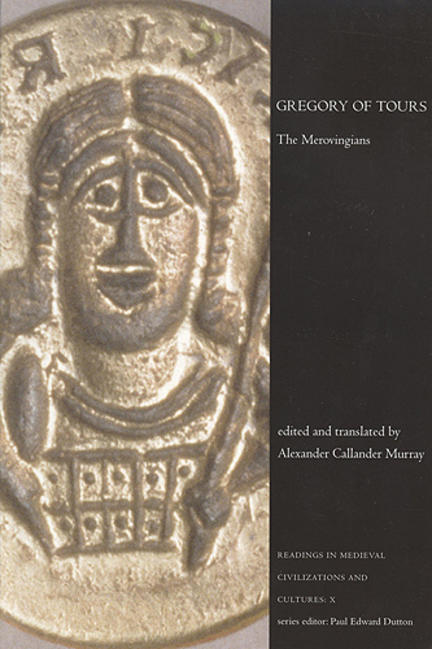 Georgius Florentius Gregorius, better known to posterity as Gregory, Bishop of Tours, was born about 538 to a highly distinguished Gallo-Roman family in Clermont in the region of Auvergne. Best known for his 10-book Histories (often called the History of the Franks), Gregory left us detailed accounts of his own times as well as those of the early Merovingian kings, known as the "long-haired kings," who united the Franks and took control of most of Gaul in the late fifth and early sixth century. Although he is one of the most important historians of pre-modern times, the complex, apparently disconnected, elements of Gregory's work are often difficult for today's readers to understand. This selected, new translation is composed of extensive sections from Books II to X and follows in a connected narrative the political events of the Histories from the appearance of the first Merovingian kings, Merovech, Childeric, and Clovis to the last years of the reigns of Guntram and Childebert II in the late sixth century. This book is designed to introduce new readers, and even experienced ones, to the political world (secular and ecclesiastical) of sixth-century Gaul and to provide an up-to-date guide to reading the bishop of Tours' fascinating account of his times.

Included in this volume are twenty-one drawings by Jean-Paul Laurens, a nineteenth-century French historical artist and interpreter of the Merovingians.

Academics please note that this is a title classified as having a restricted allocation of complimentary copies. Restricted titles remain available to adopters
and to academics very likely to adopt in the coming semester. When adoption possibilities are less strong and/or further in the future, academics are requested to purchase the title, with the proviso that UTP Higher Education will happily refund the purchase price if the bookis indeed adopted.

Alexander Callander Murray is a member of the Department of History and Centre for Medieval Studies, University of Toronto, where he teaches at the Erindale Campus. He is author of Germanic Kinship Structure: Studies in Law and Society in Antiquity and the Early Middle Ages (1983), editor of After Rome's Fall: Narrators and Sources of Early Medieval History (1998), and has written articles on Merovingian administration and office-holding, and on the dating of Beowulf.

Other titles by Alexander Callander Murray

From Roman to Merovingian Gaul