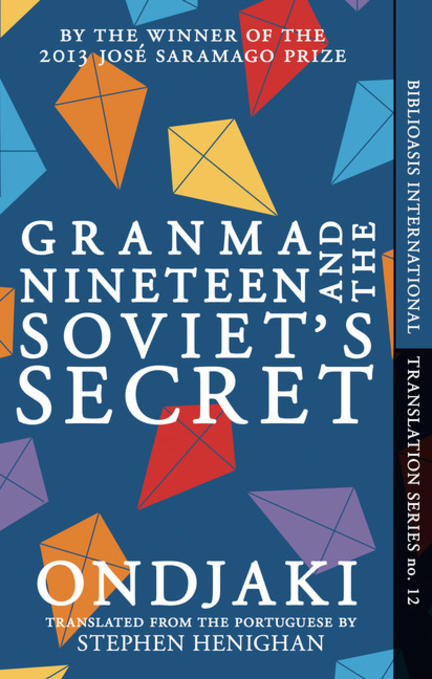 By the beaches of Luanda, the Russians are building a grand mausoleum to honor the remains of the Comrade President. Granmas are whispering: houses, they say, will be dexploded, and everyone will have to leave. Can the children of Luanda steal the Russians' dynamite, decipher Comrade Gudafterov's letter, and save their homes? A charming comingofage novel from the winner of the Grinzane Prize.

The 30-year-old author has published nine books, which have been translated from the original Portuguese into French, German, Spanish, and Italian. Published simultaneously with another Ondjaki novel, The Whistler, which is appearing in the U.K., Good Morning Comrades marks the author `s first appearance in English. Ondjaki lives in Luanda, Angola.

"He goes by one, name, Cher-style, and his name is Ondjaki ... over the last ten years he's become a phenom in Lusophone (that is, Portuguese-speaking) world literature." - Slate 's Culture GabFest

"A devilishly simple-yet-sturdy tale of childhood and revolution ... Ondjaki's writing, full of humanity, vivacity, and character, is a whimsical breath of fresh air ... His is a voice the entire world should have the pleasure to experience." - Numéro Cinq

"Angolan author Ondjaki has found an appropriate balance between knowing and not-knowing, sweetness and cruelty with his young narrator ... In language laced with Cuban Spanish and Russian-accented English, the story is informed by its political context but still manages to evoke that magical form of thinking that children in particular possess." - The Globe and Mail

"As with Ondjaki's other novels-including Bom dis camaradas (2001; Good Morning Comrades) and Os Transparentes (2012)-this is a strangely deceptive read. Although the narrative often feels rather whimsical, Angola's long history of colonialism and conflict, its various foreign allies and enemies, and the extraordinary suffering of its population, are menacingly present ... a brave andhighly political work." - Lara Pawson, Times Literary Supplement

"Remarkable ... at once a coming-of-age novel, rousing adventure, and lyrical experiment ... It is no surprise that this energetic and endearing novel is the work of a writer of such stunning accomplishment as Ondjaki, at his best when he is writing the frenetic wonderment of children, even as they contend with the deadly realities of war and political power. The result is ebullient, cinematic, and downright magical." - Words Without Borders

Other titles by Ondjaki