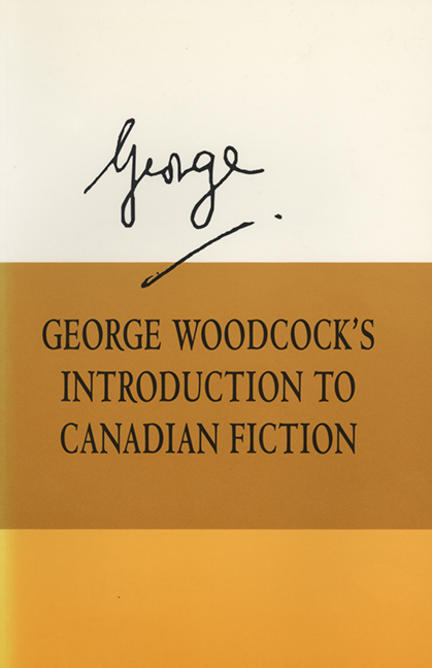 Here, in one volume, is noted literary critic George Woodcock's condensed guide to Canada's major fiction writers. From Susanna Moodie and John Richardson to Margaret Laurence and Robertson Davies, Canada's preeminent critic considers more than 60 Canadian short-story writers and novelists. This book covers the field and provides an excellent survey for anyone interested in Canadian literature.

George Woodcock (1912-1995) is one of Canada's best-known and most prolific authors. He was born in Winnipeg and educated in England, where he socialized with some of the century's most prominent writers and intellectuals including Aldous Huxley, George Orwell, Herbert Read and T.S. Eliot. He returned to Canada in 1949 and taught at the University of British Columbia for many years. In 1959, he founded the journal Canadian Literature. His contribtution to Canadian culture is immeasurable; he either wrote or edited over one-hundred books including The Crystal Spirit, his Governor-Genral's award-winning biography of Orwell; Gabriel Dumont, another bestselling biography; and Anarchism a guide to the political philosophy which continues to be read around the world. His wide range of writing includes literary criticism, poetry, travel writing, plays, social history, biography, politics and essays.

Linda Hutcheon holds the rank of University Professor of English and Comparative Literature at the University of Toronto. A specialist in postmodernist culture and in critical theory, on which she has published nine books, she has also worked collaboratively in large projects involving hundreds of scholars.

Other titles by George Woodcock

Early Canadian Poets and Their Background

Walking Through the Valley

Power to Us All

Other titles by Linda Hutcheon

Comparative Literature for the New Century

The Postwar Novel in Canada

A Dialogue on Theory

Leonard Cohen and His Works