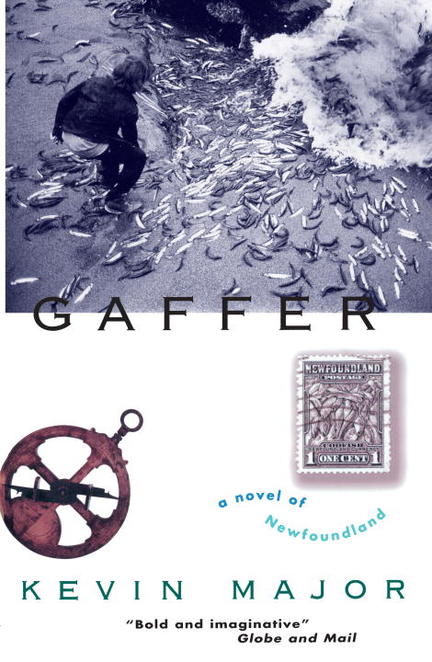 Gaffer is a surreal, haunting novel of a young man tied to a place, but able to explore the depths of the sea and swim freely across the tides of time. Living in a dying outpost town and haunted by the memory of his father's death aboard the doomed Ocean Ranger, Gaffer is obsessively drawn to the sea. Miraculously, he is transformed into a fish-like creature capable of taking to the ocean, where he experiences episodes from Newfoundland's past, and is granted a dark vision of its future. With a master's grace, Kevin Major weaves the distinctive language of Newfoundland into a narrative that is both poetic and profoundly moving.

"Bold and imaginative." --The Globe and Mail