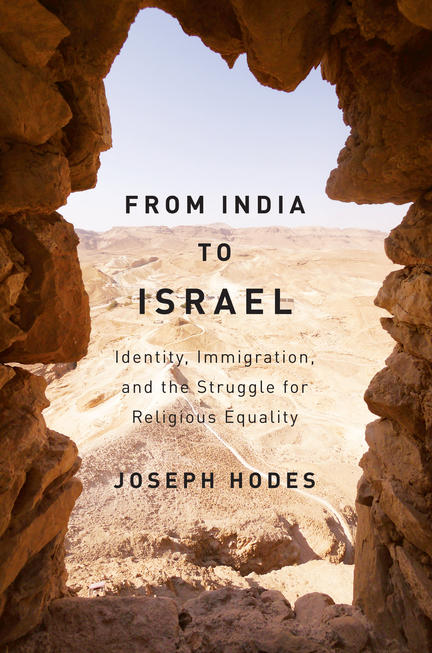 Between May 1948 and December 1951, Israel received approximately 684,000 immigrants from across the globe. The arrival of so many ethnic, linguistic, and cultural groups to such a small place in such a short time was unprecedented and the new country was ill-prepared to absorb its new citizens. The first years of the state were marked by war, agricultural failure, a housing crisis, health epidemics, a terrible culture clash, and a struggle between the religious authorities and the secular government over who was going to control the state.

In From India to Israel, Joseph Hodes examines Israel's first decades through the perspective of an Indian Jewish community, the Bene Israel, who would go on to play an important role in the creation of the state. He describes how a community of relatively high status and free from persecution under the British Raj left the recently independent India for fear of losing status, only to encounter bias and prejudice in their new country. In 1960, a decision made by the religious authorities to ban the Bene Israel from marrying other Jews on the grounds that they were not "pure Jews" set in motion a civil rights struggle between the Indian community and the religious authority with far-reaching implications. After a drawn-out struggle, and under pressure from both the government and the people, the Bene Israel were declared acceptable for marriage.

A detailed look at how one immigrant community fought to maintain their place within a religion and a society, From India to Israel raises important questions about the state of Israel and its earliest struggles to absorb the diversity in its midst.