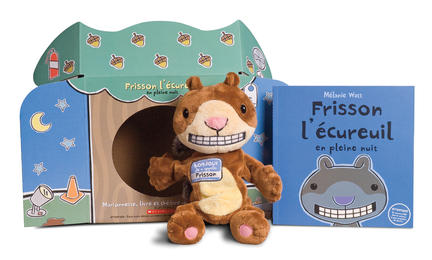 Mélanie Watt is a young talented author-illustrator who has won several prestigious awards for her work, including the Ruth and Sylvia Schwartz Award, the Blue Spruce Award and the Amelia Frances Howard-Gibbon Award. She charmed children with Augustine, the little penguin, Frisson l?écureuil, the scaredy squirrel and more recently, with Chester, the big red cat and Al Lerusé, the salesman. Mélanie began working on her first children's book while still in university. Léon le caméléon was a class project about being different that also explored the concept of complimentary colours. Mélanie has also published Apprendre avec les animaux, a set of 5 concept board books.

Bug in a Vacuum

Scaredy Squirrel Has a Birthday Party

A Safety Guide for Scaredies