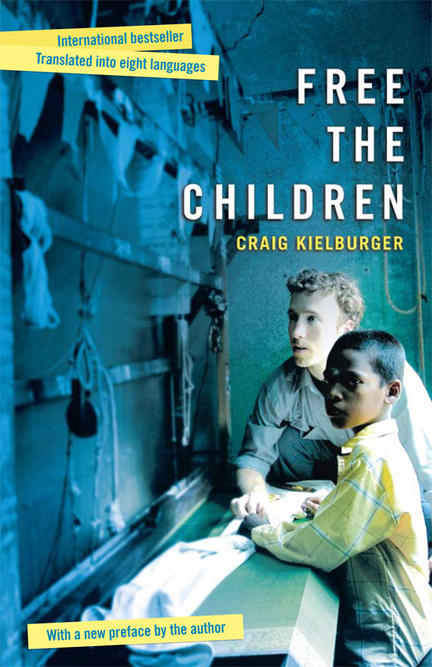 This is the story that launched a movement.

At only 12 years old, Craig Kielburger was shocked to discover the realities of child labour faced by kids his own age throughout the developing world. Driven to take action and witness these conditions first-hand, he and his trusted mentor Alam embarked on a journey that would take him to places he'd never imagined.

Free the Children recounts Craig's remarkable odyssey across South Asia, meeting some of the world's most disadvantaged children and learning the truth behind the headlines. Be there with him as he explores slums and sweatshops, fighting to rescue children from the chains of inhumane conditions. Along the way, he makes lasting friendships, enjoys wild adventures and launches the movement that would explode into an international sensation.

Winner of the prestigious Christopher Award, presented to books "which affirm the highest values of the human spirit," Free the Children has been translated into eight languages and served as inspiration for thousands of young people around the world.

Craig Kielburger is the co-founder of Free the Children. His work has been featured on The Oprah Winfrey Show, CNN, BBC, and The Today Show, and in Time and The Economist.

Other titles by Craig Kielburger

Lessons From a Street Kid

The World Needs Your Kid

Raising Children Who Care and Contribute

How to Change the World

A Guide to Active Citizenship

It Takes a Child

The Power of We Day

Moving the World from Me to We

And Other First-World Problems

Living Me to We

The Guide for Socially Conscious Canadians

World Needs Your Kid, The

How to raise children who care and contribute

The Making of an Activist