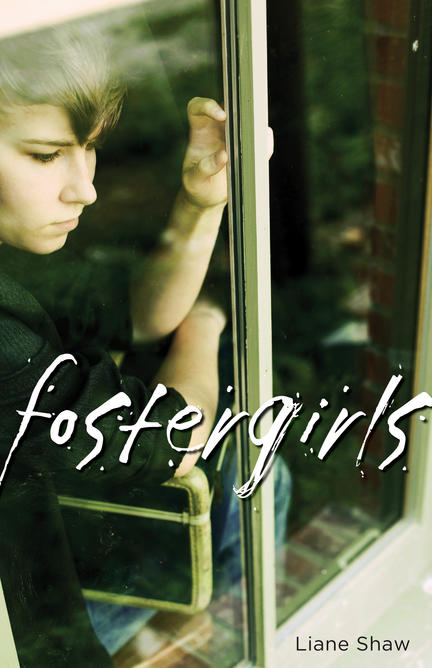 Her name is Sadie, but she might as well be called Fostergirl. Grouphomegirl. That’s how everyone thinks of her. Sadie doesn’t care. In fact, she’d be happier if they didn’t think of her at all. Her goal is to go unnoticed, to disappear. After living in twelve different foster homes, Sadie’s learned that nothing good comes from being noticed.

Now here she is again, this time in a small town. There’s a new high school, another new group home to get used to – lucky number 13. But Sadie’s not finding it easy to stay beneath the radar. In fact, she’s learning that it’s impossible to be invisible in a small town. She can’t seem to get people to stay out of her life, whether it’s the endlessly chatty Rhiannon, who for some reason wants to be her friend; Jackson, the do-good guidance counsellor who thinks she can make Sadie into a student; or the other girls in the group home whose problems keep intruding on her solitude.

Little by little, Sadie starts to wonder if there might be a different course for her life, one that lets a few other people along for the ride. Liane Shaw, author of thinandbeautiful.com, once again brings us a vivid and compelling portrait of a young woman at odds with the world around her.

Typecast as “trouble” because she’s a foster kid, Sadie has little incentive to prove people wrong. Now she’s entering her 13th foster home and just wants to go unnoticed, but she’s learning that it’s impossible to be invisible in a small town. Unable to get people to stay out of her life, she starts to wonder if letting people in might not be such a bad thing.

Other titles by Liane Shaw

A teacher's year of reading, fighting, and four-letter words

The Color of Silence