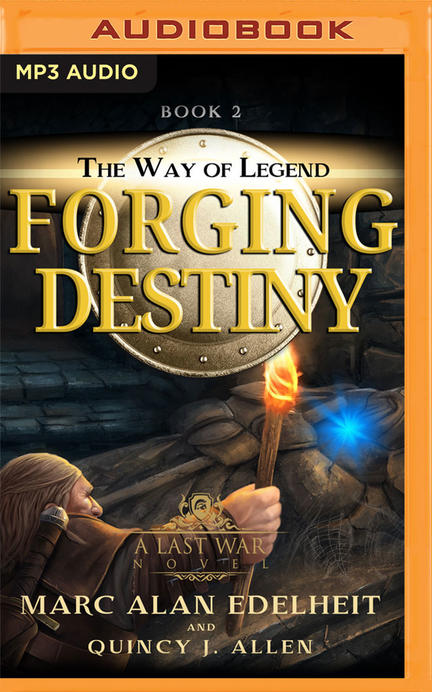 The highly anticipated sequel to Reclaiming Honor is finally here. Best-selling and award-winning author of Stiger's Tigers and the Karus Saga, Marc Alan Edelheit has teamed up again with national best-selling author Quincy J. Allen to deliver an epic fantasy adventure, told from the perspective of dwarves.

A Pariah amongst dwarves, Tovak bears the burden of his people's disdain and his family's disgrace. And yet, Tovak has proven himself in battle, shown his courage in risking life and limb to save his comrades. Though not everyone accepts him, he has finally found his place as a skirmisher and member of the Baelix Guard Company.

Armed with his faith in his god, ample determination, and unquenchable courage, Tovak soldiers forward. Dispatched on a dangerous mission against the Horde that could mean life or death for his people, his section is sent behind enemy lines. Everything hinges upon the mission's success.

However, something is not quite right with Tovak. He can feel a power he does not understand building within, guiding his steps forward toward what seems to be destiny. He fears he is losing his mind, but he will not shy away from duty, for in the struggle to come, the warband needs every sword. And make no mistake, desperate times and hard fighting lie ahead. Tovak might just be the key to his people's salvation, or perhaps even their downfall...for the gods are involved in the fight that is to come.

Struggling against his past and the stigma of being a pariah, Tovak must unravel the meaning of this power building within him and forge his own destiny - or die trying.

Set upon the world of Tannis, some years before the arrival of Karus and the Lost Legio IX, this book is a Last War novel.

Marc Alan Edelheit has a Bachelor's Degree in Science and obtained a Masters in Education as a Reading and Writing Specialist. He is currently an executive in the healthcare industry staying up late at night to work on his novels. Marc has traveled the world, from Asia to Europe, even at one point crossing the border at Check Point Charlie in Berlin toward the end of the cold war. Marc is the ultimate history fan and incorporates much of that passion into his work to bring greater realism to his fans. He is also an avid reader, devouring several books a week, ranging from history to science fiction and fantasy. Marc currently resides in New Hope, Pennsylvania, just miles from where Washington crossed the Delaware.

Other titles by Marc Alan Edelheit

Other titles by Quincy J. Allen