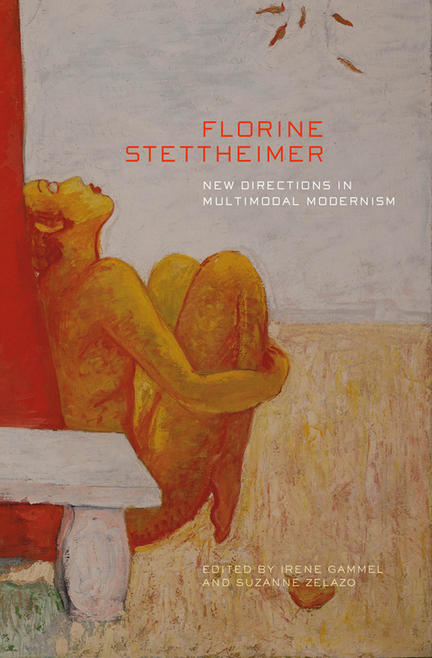 This collection of essays explores the multimodality of the work of Jazz-era New York saloniere, painter, and poet Florine Stettheimer, allowing readers to discover why Andy Warhol once called her his favourite artist. Florine Stettheimer: New Directions in Multimodal Modernism brings to light the prescient theorizing of a dissolution between high and low art that Stettheimer's highly original and boldly interdisciplinary aesthetic pioneered and that artists like Marcel Duchamp, Georgia O'Keeffe and Warhol understood and admired.

Conceived of as a companion collection to the 2010 edition of Stettheimer's Crystal Flowers: Poems and a Libretto, this book considers the paintings, poetry, set design, and salon culture cultivated by Florine Stettheimer and her sisters Carrie and Ettie in New York between 1915-1935. It also considers the use of art to expand the boundaries of gender, age, and identity through self-representation. Through diverse theoretical lenses, leading international and emerging scholars shift our understanding of women's modernism and the history of women's art by focusing on a distinct multimodal aesthetic that includes visual images, literature, and queered bodies and culture. These essays situate Stettheimer in terms of the renewed interest in her work resulting first in the 2010 edition of her poems, and then two widely acclaimed 2017 Stettheimer retrospectives at The Jewish Museum in New York City and the Art Gallery of Ontario.

Irene Gammel holds a Canada Research Chair in Modern Literature and Culture at Ryerson University in Toronto, where she is also the Director of the Modern Literature and Culture Research Center dedicated to the study of modern women writers. The author and editor of 13 books, Gammel is the curator of the exhibit Anne of Green Gables: A Literary Icon at 100. Together with Suzanne Zelazo she has co-edited Body Sweats: The Uncensored Writings of Elsa von Freytag-Loringhoven (2010) and Crystal Flowers: Poems and a Libretto by Florine Stettheimer (BookThug, 2010). Gammel divides her time between Toronto and Sackville, New Brunswick.

Suzanne Zelazo is a writer, editor, educator, and former professional triathlete who continues to coach cycling, running and triathlon. She holds a PhD in English with a specialty in female modernism and avant-garde poetry and performance. She has worked in commercial sport publishing, founded and ran the small press literary magazine Queen Street Quarterly, and has taught literature and writing courses at York University and Ontario College of Art and Design University. Her scholarly publications include the co-edited collections Body Sweats: The Uncensored Writings of Elsa von Freytag-Loringhoven (2010) and Crystal Flowers: Poems and a Libretto by Florine Stettheimer (BookThug, 2010). She is also the author of two poetry collections, Parlance and Lances All Alike. Her projects seek to integrate creative expression and the body. Zelazo lives in Toronto.

Other titles by Irene Gammel

I Can Only Paint

Poems and a Libretto

How Lucy Maud Montgomery Dreamed Up a Literary Classic

Other titles by Suzanne Zelazo

The Photographs of Janieta Eyre

Poems and a Libretto