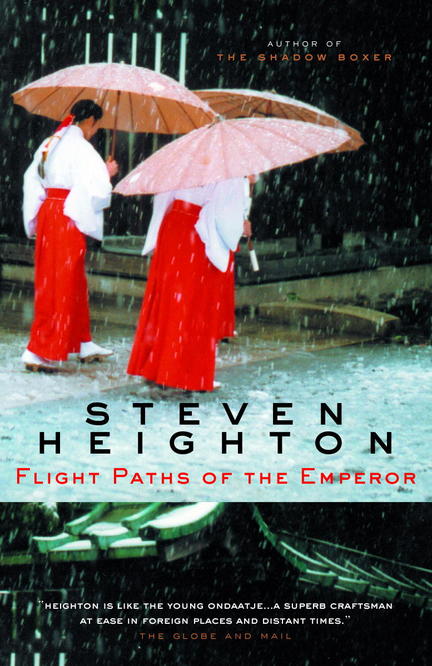 Set mainly in the psychologically insulated communities of expatriate teachers in Osaka, Japan, these fourteen stories seek to understand issues of national or personal honour, and the problematic importance of family. Heighton also examines subtly related themes, like death, age, marriage, war and poetry, while hinting at autobiography throughout. Sophisticated, passionate and elegantly told, this collection, first published in 1992, was nominated for the 1992 Ontario Trillium Book Award and brought Steven Heighton much national acclaim.

Steven Heighton is the author of the novel Afterlands, which has appeared in six countries; was a New York Times Book Review Editors’ Choice along with a best book of the year selection in ten publications in Canada, the US, and the UK; and has been optioned for film. He is also the author of The Shadow Boxer, a Canadian bestseller and a Publishers Weekly Book of the Year. His work has been translated into ten languages, and his poems and stories have appeared in the London Review of Books, Poetry, Tin House, The Walrus, Europe, Agni, Poetry London, Brick, Best English Stories, and many others. Heighton has won several awards and has been nominated for the Governor General’s Literary Award, the Trillium Award, and Britain’s W.H. Smith Award.

"Heighton is like the young Ondaatje." — The Globe and Mail

"One of the best books produced by a Canadian writer in the last decade or more." — Vancouver Sun

"Achingly beautiful stories that are delicate and grounded explorations of the human condition." — The Calgary Herald

"Heighton delights the reader with his clear-eyed perceptions and delicate style." — Montreal Gazette

"Inquiring, passionate, understanding...Steven Heighton is...a marvellous storyteller with whole hemispheres to teach." — Quill & Quire
"These stories are remarkable in their astute and perceptive portrayal of another culture. Heighton's still, spare prose encapsulates both the Japanese landscape and the psyche of its people." --Times Literary Supplement (2000)
"Flight Paths of the Emperor is one of the best books produced by a Canadian writer in the last decade or more…In each story Heighton sets up a sequence of resonances drawn more from musical thatn literary form…a complex, thoroughly satisfying book." --Vancouver Sun

"Heighton is an empathetic writer…his respect fr other people’s suffering is immense, direct, and without glaring ideological motivation. Flight Paths of the Emperor is a pleasure to read." --Shift

"In all these stories, Heighton demonstrates mastery of character and social nuance." --The Toronto Star