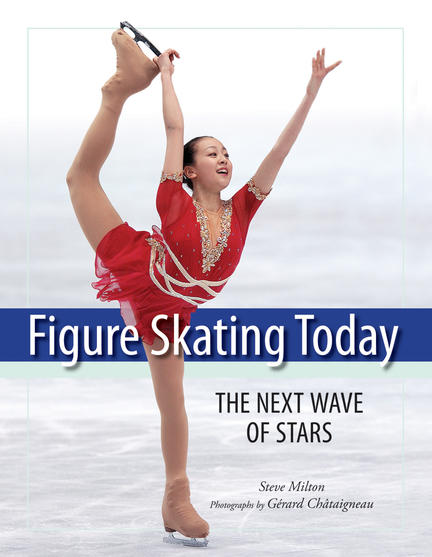 Figure skating has burst back onto the international sports scene, following a series of unfortunate judging controversies. There is a fresh crop of skaters who are jumping higher, skating faster and pushing artistic and technical boundaries like never before. The figure skating revolution includes new rules plus new countries in competition, and sees women once again landing the triple axel. The budding rivalries in both the men's and women's competitions have rejuvenated this riveting sport that commands prime time television for months.

Figure Skating Today showcases the skaters during the events of the 2006-07 season, including the Grand Prix Finals, the Europeans and the Four Continents, and the 2007 World Championships in Tokyo.

An exciting look at the current crop of today's top international champs and those on the road to the 2010 Winter Olympic Games, Figure Skating Today covers such international stars as:

With its action photos, behind-the-scenes stories and fascinating statistics, Figure Skating Today is a book for every skating fan.

Gérard Châtaigneau is a photographer and former figure skater. He has been photographing skating for more than 20 years, including all the Olympics and World Championships since 1988. He lives in Toronto.

[Milton] reviews performances at the 2007 international competitions, providing more trivia about placements than even diehard enthusiasts might want.... Where the book shines, however, is in the exceptional photos by Gérard Châtaigneau, which show the glamorous costumes in detail never available to those watching on television or in an arena. On their own, they are worth the price of the book.

The Record (Kitchener, ON)

This non-fiction title is nothing less than stunning in its presentation. Full colour throughout, Chataigneau's photography is fabulous, giving us images rich in expression as well as movement. The format of the book is excellent... This title is a must-have for any library that has readers interested in winter sports and skating. Readers from fourth grade to adult will find it jam packed with statistics and the story behind them.

Steve Milton shows you the best new figure skaters from around the world with stunning color photographs on each page, along with a brief biography. If you're a fan, you'll want to page through this book all season long to check on the backgrounds of these amazing athletes.

Other titles by Gérard Châtaigneau

The New World of Figure Skating