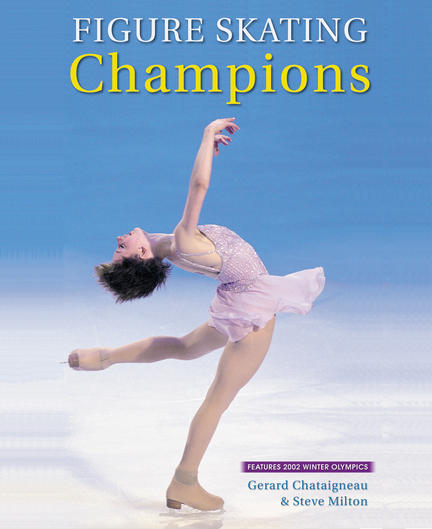 Figure skaters are jumping higher, skating faster and pushing artistic and technical boundaries like never before. Figure skating is one of the most popular events at the Olympic Games, with millions more watching on television around the world.

Everyone who watches the events and follows the champions will welcome this book, which contains the very best breathtaking photographs taken at ringside at the world's greatest competitions including the Salt Lake City 2002 Winter Olympics.

Gérard Châtaigneau is a photographer and former figure skater. He has been photographing skating for more than 20 years, including all the Olympics and World Championships since 1988. He lives in Toronto.

By following her own advice, Sarah Hughes became an Olympic champion.

"You can't be safe. You have to tell everyone you want it," Sarah once said. "You've got to grab for it." Sarah did grab for it by presenting the most difficult program in women's skating history at the 2002 Olympics. She became the first woman to land two triple-triple combinations in the same performance, which was enough to beat Michelle Kwan and Irina Slutskaya for the Olympic gold medal. And she was just 16 years old!

But Sarah has always been ahead of her time.

When Sarah was three, she got tired of waiting for her mother to finish tying her brothers' and sisters' laces each time the family went skating. So Sarah learned to tie her own laces, and she got on the ice sooner.

When she was six, Sarah skated in front of large audiences at arenas in New York. And when she was eight, she toured France and Switzerland with some of the most famous skaters in the world. By the time she was 12, Sarah could do all five triple jumps that the world's best female skaters were landing. That helped her win the U.S. junior championship. She was competing at the senior World championships when she was 13, winning a bronze medal when she was 15.

All her hard work paid off at the Salt Lake City Olympics. Michelle and Irina were favored to battle it out for the gold. When Sarah finished fourth in the short program, most people thought she might not even win a medal. And no one thought she could win the gold.

But just before the Olympics, Sarah and her coach, Robin Wagner, had improved Sarah's freeskate program, changing the last 90 seconds of music and adding a second triple-triple combination. Sarah was telling everyone she wanted it.

She skated brilliantly, and when she finished she received a roaring standing ovation. Then she had to wait until four more skaters performed before she found out that she was the new Olympic champion.

It was well worth the wait.

Other titles by Gérard Châtaigneau

The New World of Figure Skating