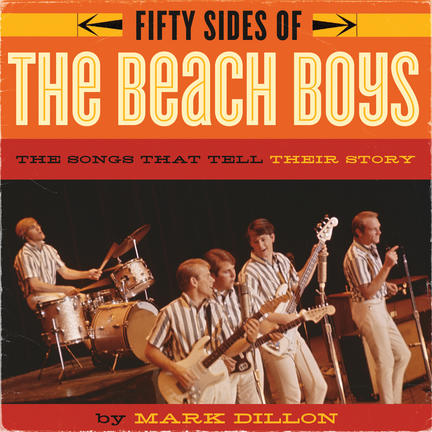 This book offers a unique journey through The Beach Boys’ long, fascinating history by telling the stories behind fifty of the band’s greatest songs from the perspective of group members, collaborators, fellow musicians, and notable fans.

Filled with new interviews with music legends such as Brian Wilson, Mike Love, Alan Jardine, Bruce Johnston, David Marks, Blondie Chaplin, Randy Bachman, Roger McGuinn, John Sebastian, Lyle Lovett, Alice Cooper, and Al Kooper, and commentary from a younger generation such as Matthew Sweet, Carnie Wilson, Daniel Lanois, Cameron Crowe, and Zooey Deschanel, this story of pop culture history both explores the darkness and difficulties with which the band struggled, and reminds us how their songs could make life feel like an endless summer.

MARK DILLON is a Toronto-based freelance journalist and writer. He is the former editor of Playback, the business publication of the Canadian film and TV industries. His articles have also appeared in Maclean’s, the Globe and Mail, the Hollywood Reporter, and American Cinematographer.

“Dillon’s approach is a very cool way of looking at the work of The Beach Boys, and one that begs for its own playlist. All the songs that are discussed are essential tracks, even if they aren’t all obvious picks or the biggest of hits.” — Biff Bam Pop!

“Fifty Sides of The Beach Boys: The Songs That Tell Their Story is essential beach reading for fans of our greatest champions of surf and sand.” — Psychobabble

“Fifty Sides of the Beach Boys does what all great rock books do: it makes you dive back into your collection to re-examine songs you haven’t thought about in decades.” — Montreal Gazette