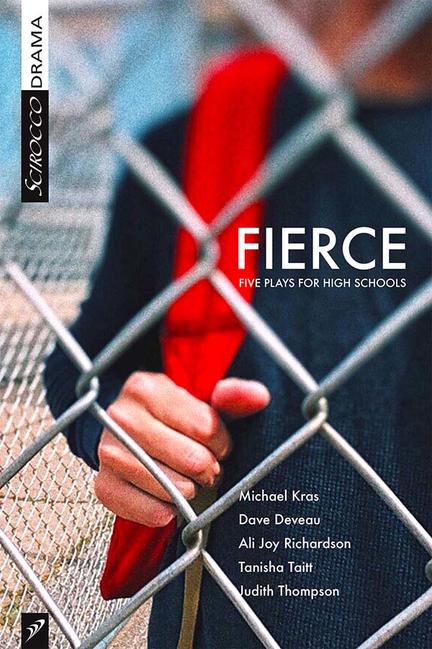 A teenager is dead after facing harassment and cyberbullying. Two friends go camping, and one reveals a secret. A conflict between two band students erupts into violence. A refugee celebrates the new year in Canada. A bereaved teen joins her school volleyball team. Five fierce new plays from some of Canada's best playwrights reveal the passion, pain, humour, and hopes of young people in this exciting anthology of plays for high schools.

Paul Dunn is the author of Boys and Highâ??Gravelâ??Blind, which opened the Studio Theatre at the Stratford Festival, and has been recorded as a radio drama for CBC. He has worked in theatres across the country as an actor and is a graduate of the National Theatre School of Canada. Adam Pettle was born and raised in Toronto and returned home after two years of study in Montreal. His first play, Therac 25, has received numerous productions across the country and is being adapted for CBC Radio. A graduate of the National Theatre SchoolÂ?s playwriting programme, Adam was the playwrightâ??inâ??residence at the Canadian Stage Company, where he completed a production draft of his play ZadieÂ?s Shoes. Born in Glencoe, Ontario, Sean ReycraftÂ?s plays include One Good Marriage, Stranger Things Happen, and Roundabout. For Pop Song, Reycraft won the Chalmers Canadian Play Award (Theatre for Young Audiences). Pop Song has been adapted into a short film and premiered at the 2003 Toronto International Film Festival. Kate Rigg was born in Toronto to an Indonesian mother and an Australian father. She is the writer of cult hits KateÂ?s Chinkâ??Oâ??Rama: Featuring the Chinkâ??Oâ??Rama Dancers and Birth of an ASIAN. She is known for irreverent standâ??up comedy and has spoken on/written about race and representation in Time magazine, The Globe and Mail, The San Francisco Examiner, NPRâ??Pacific Time, THIS magazine, NOW magazine, and A magazine.

Judith Thompson is a two-time winner of the Governor Generalâ??s Literary Award for White Biting Dog and The Other Side of the Dark. In 2006 she was invested as an Officer in the Order of Canada and in 2008 she was awarded the prestigious Susan Smith Blackburn Prize for her play Palace of the End. Judith is a professor of drama at the University of Guelph and lives with her husband and five children in Toronto.

Ali Joy Richardson is a playwright, director, and producer. Originally from Dartmouth, Nova Scotia, she has been Artistic Producer of Toronto's Paprika Festival for young artists, was a director in residence with Canadian Stage's RBC Emerging Artists Program, and a playwright in Nightwood Theatre's Write from the Hip unit. She is a book writer and director with Education Arts Canada (creating touring musicals about mental health for preteens) and directed In Real Life (Nick Green & Kevin Wong) for Sheridan College's Canadian Music Theatre Project. Ali has created multiple hit fringe shows including her solo show Roxy about an unorthodox motivational speaker/self-defence coach. She lives, bikes, and works in Toronto.

BEFORE: A high school band classroom. Four students wait in their own worlds. They have their instruments out.

KEYS: I joined band because our school doesn't have a drama program. Or a choir. Or a dance team.

TROMBONE: I didn't join band. They asked me to join because they didn't have any low brass and I already played for the Cadet Tri-Service Band, so I--

THE OTHERS: We know.

BARI: I asked to play trumpet but they said they already had one and "I look strong enough" so I should play bari sax. Now I drag this to school using like a luggage cart and a bunch of bungee cords. Guess who didn't get asked to semi?

ALL EXCEPT TROMBONE: Me. A shift.

TROMBONE: I'm taking this girl to Halifax who goes to different--

THE OTHERS: We know.

KEYS: Where is he?

PERCUSSION: Maybe he's fallen into one of the parking lot potholes.

TROMBONE noisily empties the spit valve of his trombone onto some paper towel on the floor.

KEYS pretends to throw up.

TRUMPET: Where's everybody else?

BARI: (Sucking on her reed.) Oh, this is one hundred percent it.

PERCUSSION: What's the rules, if he's not here by quarter after we can go, right? And not get docked for it?

KEYS: Where're you trynna be?

(TROMBONE empties more spit.) BARI: Were we supposed to prepare anything?

TRUMPET: No. This school's so fucking relieved to have some actual artsy stuff going on, we can't go wrong. We're doing them a favour. I can't even play the trumpet.

BARI: (Still sucking on her reed.) Are you being serious?

TRUMPET: It's three buttons. How hard can it be?

(Everyone stares at him.)

KEYS: This was a terrible idea.

Other titles by Glenda MacFarlane

Weird Places in Saskatchewan and Manitoba

Other titles by Judith Thompson

Lion In The Streets

White Biting Dog and Other Plays

The Daughter of Adoption

A Tale of Modern Times