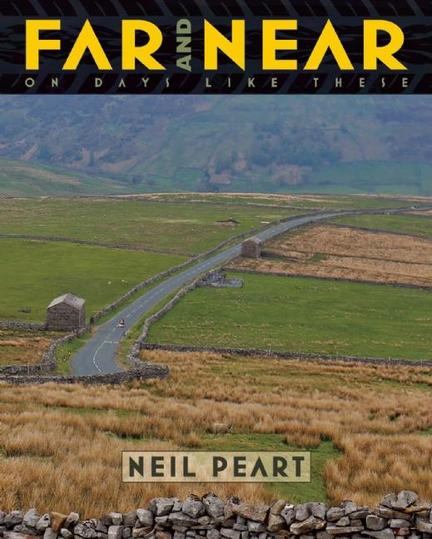 Whether navigating the backroads of Louisiana or Thuringia, exploring the snowy Quebec woods, or performing onstage at Rush concerts, Neil Peart has stories to tell. His first volume in this series, Far and Away, combined words and images to form an intimate, insightful narrative that won many readers.

Now Far and Near brings together reflections from another three years of an artist’s life as he celebrates seasons, landscapes, and characters; travels roads and trails; receives honours; climbs mountains; composes and performs music. With passionate insight, wry humour, and an adventurous spirit, once again Peart offers a collection of open letters that take readers on the road, behind the scenes, and into the inner workings of an ever-inquisitive mind.

These popular stories, originally posted on Peart’s website, are now collected and contextualized with an introduction and conclusion in this beautifully designed collector’s volume.

I was a fan of Neil Peart already. Love Rush, love him most. Now I admire and respect him even more after reading one of his books. His experiences, hobbies, just the way he lives his life is exciting and full of adventure. I was in awe of all the riding he has done all over the world. Plus some of the side hobbies like climbing mountains, or driving a Viper down Route 66, had me absorbing it all in. What a life!
Not only is he a great drummer, a legend, an idol, but he is someone to be inspired by, and in awe of. I tell ya, I can't wait to read some more of his books, he is so fascinating!
I loved the many times I saw my hometown mentioned in the book on his travels too. Usually in reference to a tour Rush was on, but still a mention.
Lots of people, fans or not, will enjoy reading this book. Yeah he is a rock drummer, but this book shows clearly he is so much more than that too.