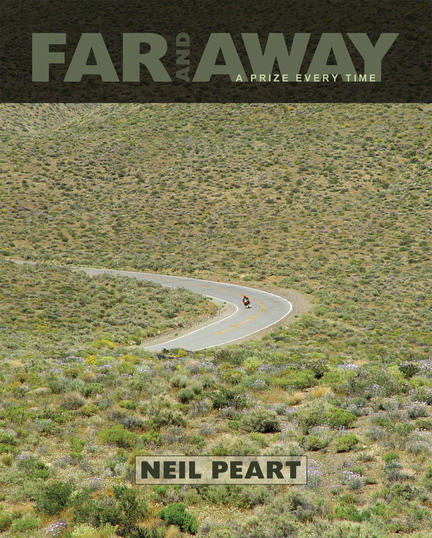 Following in the tradition of Ghost Rider and Traveling Music, Rush drummer Neil Peart lets us ride with him along the backroads of North America, Europe, and South America, sharing his experiences in personal reflections and full-color photos. Spanning almost four years, these twenty-two stories are open letters that recount adventures both personal and universal — from the challenges and accomplishments in the professional life of an artist to the birth of a child. These popular stories, originally posted on Neil’s website, are now collected and contextualized with a new introduction and conclusion in this beautifully designed collector’s volume.

Fans will discover a more intimate side to Neil’s very private personal life, and will enjoy his observations of natural phenomena. At one point, he anxiously describes the birth of two hummingbirds in his backyard; at the same time, his wife is preparing for the birth of their daughter — a striking synchronicity tenderly related to readers.

A love of drumming, nature, art, and the open road threads through the narrative, as Neil explores new horizons, both physical and spiritual. This is the personal, introspective travelogue of rock’s foremost drummer, enthusiastic biker, and sensitive husband and father. Far and Away is a book to be enjoyed again and again, like letters from a distant friend.

Excerpt: Far and Away: A Prize Every Time (by (author) Neil Peart)

With only a few days at home after the first leg of the Snakes and Arrows tour (sixteen shows, 7,257 miles of motorcycling), this will definitely be the “short version.” Still, I wanted to try to put up something new.

Photographs of the performances are plentifully available elsewhere (my view of the audience this tour is studded with innumerable cell-phone cameras, sticking up like periscopes), so I thought I might just display a couple of motorcycling photos. On this tour Michael and I haven’t even carried cameras with us on the bikes, let alone bothered to ease our steady pace to take photos, but recently we had a camerahappy “guest rider,” Richard S. Foster. The name might ring a bell to dedicated readers of album credits—our song “Red Barchetta” had a note on the lyric sheet: “Inspired by ‘A Nice Morning Drive’ by Richard S. Foster.”

Rick (as he is known to his friends, among whom I now number myself) tells our long story in another forum, and it’s quite an amazing sequence of coincidences and synchronicities. (See photo credits for details.)

The short version (I keep saying that) is that despite my attempts back in 1980 to contact the author of the short story that had inspired “Red Barchetta”—a story I had read in a 1973 issue of Road & Track— we only recently managed to actually make contact.

Rick rode with Michael and me through the back roads (the very back roads) of West Virginia for a couple of days between shows in near- D.C. and near-Pittsburgh (so many of those amphitheaters are in the exurbs), and then he attended his first Rush concert in (or near) Boston.

But that’s his story, and I’ll leave it to him to tell. Michael only left Rick with one request, from the movie Almost Famous, when the singer says to the young journalist, “Just make us look cool.”

(How well Rick succeeded with that challenge, the reader may judge by his story.)

For Michael and me, it was great just to have some photographs of us riding—something we do every day, after all, so it is nice to have it documented like that. After last tour, when I was constantly so intent on note-gathering for the book that became Roadshow, this time I have been feeling a real sense of freedom—the freedom of not having to document anything. I can simply experience it, think about it or not, and let the day flow by me as it will.

That being said, so far this tour has certainly been worthy of a book, too, in its way. I kind of wish someone else was writing one about it, but I don’t think it will be me. My journal notes consist only of our daily mileages—though I couldn’t resist noting a couple of church signs: “GIVE SATAN AN INCH, SOON HE’LL BE A RULER,” and one I just love: “TO ERR IS HUMAN, BUT IT CAN BE OVERDONE.” So good. And I admire it not only for the worthy sentiment, but for the perfect phrasing, too.

Another church sign caught my eye because of the word “faithless,” as in our song on Snakes and Arrows. This one seemed kind of mean, though: “AND JESUS REPLIED, SAYING, ‘YOU ARE A FAITHLESS AND PERVERSE GENERATION.’” I assured Michael that he was the only one of us who was both.