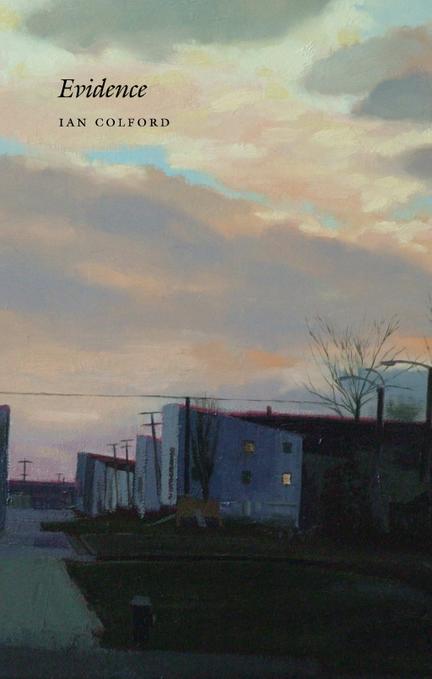 The very human story of a young refugee striving to improve his life in a world that seems at every turn to conspire against him. He is not always likeable, but his struggles have a universal quality that readers can recognize.

Ian Colford is a fiction writer living in Halifax, Nova Scotia. His stories, reviews, and commentary have appeared in Canadian literary publications from coast to coast and in journals published online. From 1995 to 1998 he was editor of the literary journal Pottersfield Portfolio, and from 1994 to 2000 served on the executive board of the Writers’ Federation of Nova Scotia. In 1998 he selected and edited a collection of stories by Maritime writers called Water Studies. Written over eight years, The Crimes of Hector Tomás was completed in 2010 with the help of two Canada Council grants and residencies at the Hawthornden Castle International Retreat for Writers and Yaddo, the artists’ colony in Saratoga Springs, New York. Evidence, his first collection of short fiction, was published in 2008 by Porcupine’s Quill.

'The polyglot Kostandin comes to English as a sixth or seventh language, which may explain some of the book's curious formality. But the writing is also emotionally understated so as not to come across as stilted, and the impersonal effect is less generic than otherworldly. Colloquial rhythms and figures of speech are avoided.

'Kostandin's earnestly revealing yet objective way with words gives the impression of an exile not even at home in his own skin, as when he awakes after a near-fatal car accident to feel pain filling his body ''like liquid filling a vessel.''

'The result is a book less concerned with story than mood. Kostandin's suspicious nature is the product of a lifetime filled with experiences of loneliness, otherness and vulnerability -- feelings he recognizes in himself and develops a sensitivity to in others. This in itself makes Evidence something of an exotic work of Canadian fiction, presenting history and geography in expressionistic, psychological terms, and without much recognition of community at all. Like Kostandin, it stands a bit apart.'

'Any thought brought to bear upon this writing only proves it more intriguing, more rewarding. It's a rich, shadowed, mind-tweaking puzzle of a book: a shrewd gathering of evidence that entrusts judgment and verdict to the reader.'

'When it comes to Kostandin Bitri, the narrator of Ian Colford's mesmerizing collection of short stories, the evidence is contradictory, provocative and disturbing. Kostandin is at once a straight talker and a liar, startlingly honest yet rigidly private. A victim of cruelty and trauma, both personal and political, occasionally a criminal, capable of almost sociopathic sadism, he is a wholly compelling character, even when we hate or fear him. The riddle of Kostandin's personality and history is what drives a book not so much suspenseful as utterly absorbing.'

'At first it may seem as if sorting the stories into chronological order and pinpointing Bitri's exact origins and location in any given story are huge puzzles left for the reader. But eventually it becomes apparent that these details do not really matter: Colford has created a haunting character in Bitri, and the real puzzle is how easy it is to be enthralled by a violent, selfish and seemingly unlikeable man. Yet just as the inhabitants of these stories find themselves drawn to the mysterious Bitri, so too will the reader.'

'These stories explode in vivid detail, amazing breadth of characterization and geography, and stunning displays of conflict and emotional upheaval. Colford has a remarkable ability to depict dissonant characters out of step with their surroundings: a college professor who witnesses an assault and is helpless to do anything about it; a perpetrator of violence who, during counselling, grimly meets a woman drawn to his violence, the very thing he is supposed to be purging from his being; an American student lured back to his northern Albanian homeland to seek evidence of the death of his parents at the hands of ethnic cleansing; a naive hotel worker duped in a horribly inhumane way by an unassuming older woman, plus a wild array of other characters, both major and minor. Even the secondary characters, such as the two children of a less-than-honest but despairing Romanian woman, strike with force. In this story, Colford reveals poverty and hopelessness via a pair of children, without resorting to clich? or dull sentiment -- and by doing so evokes chilling realism. Often there is a creeping, subdued malice at work in these stories mingled with an artful but slightly deadpan delivery that reminds me of Michel Houellebecq.'

Other titles by Ian Colford

Crimes of Hector Tomás, The

The Crimes of Hector Tomas