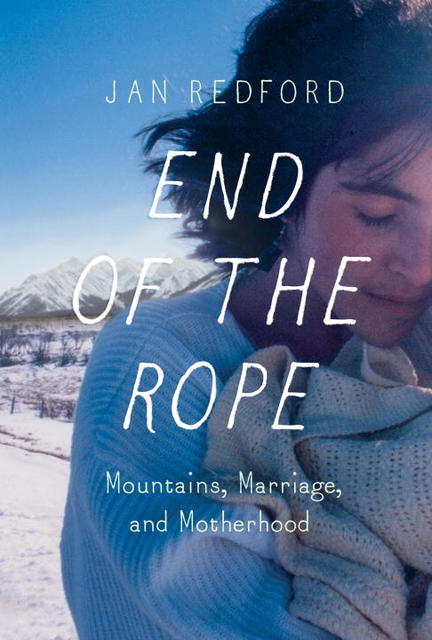 In the tradition of Cheryl Strayed's Wild, the gritty, funny, achingly honest story of a young climber's struggle to become whole by testing herself on mountains and life.

As a young teenager Jan Redford runs away from a cottage where her father has just put her down for the zillionth time and throws herself against a 100-foot cliff face. Somewhere in that shaky, outraged kid is a bedrock belief in her right to exist, which carries her to the top. In that brief flash of victory, she sets her sights on becoming a climber.

Falling in love with climbing eventually leads to falling in love with the climbers in her tight-knit western Canadian climbing community. It also means that the people she loves regularly vanish in an instant, caught in an avalanche or by a split second of inattention. It almost crushes Jan when her boyfriend, the gifted climber Dan Guthrie, is killed. Instead of marrying Dan, she marries one of his best friends, a driven climber who was there for her when she was grieving and becomes the father of her two children. Not what either of them planned.

End of the Rope is raw and real. Mountains challenge Jan, marriage almost annihilates her, and motherhood could have been the last straw...but it isn't. How she climbs out of the hole she digs for herself is as thrilling and inspiring as any of her climbs--and just as much an act of bravery.

JAN REDFORD lives with her family in Squamish, B.C., where she mountain bikes, trail runs, climbs and skis. Her stories, articles and personal essays have been published in The Globe and Mail, National Post, Mountain Life, Explore and anthologies, and have won or been shortlisted in several writing contests. She is a graduate of The Writer's Studio at SFU and holds a master's in creative writing from UBC.

“Climbing mountains becomes a source of both joy and loss for Jan Redford—as she finds her own gutsy route through that other wilderness, of marriage and motherhood. Cheryl Strayed, move over: End of the Rope is a rambunctious, funny, heart-stopping memoir that carries us along on an electric current of risk and courage.” —Marni Jackson, Senior Faculty, The Mountain and Wilderness Writing Program, Banff Centre, and author of The Mother Zone

“A hair-raising triumph—my heart raced on every page, wondering if Jan Redford would seize her lost courage or plummet to physical and psychological annihilation.” —Kathleen Winter, author of Lost in September and Boundless

“Jan Redford is a badass. She is also a born storyteller, and this one—the mountains she has climbed, the men she has loved—and survived—is gritty, funny, tragic, and ultimately victorious. Women’s voices are a conspicuous rarity in the mountaineering world, and tobacco-chewing mother’s voices are even rarer; Redford’s is a bracing and refreshing corrective—intimate, affectionate, loud and clear.” —John Vaillant, author of The Tiger and The Golden Spruce

“Jan Redford is my new favourite feminist anti-heroine: a potty-mouthed, tobacco-chewing, take-no-shit mountain climber who is at once strong-minded and insecure, fierce and vulnerable, loveable and flawed. Redford’s voice pulsates with immediacy and vitality, and she writes her story with a bull’s eye precision and unflinching honesty. Inspiring, funny, heartbreaking, and bold, End of the Rope is a book about survival and courage, about letting go of old dreams and finding new ones. I couldn’t put it down.” —Ayelet Tsabari, author of The Best Place on Earth

“Move over boys—I have a new favourite adventure writer! End of the Rope tells the mountain story I’ve been longing to read. Surrounded by death, Jan Redford must learn to live. In a world dominated by powerful men, she fights for the courage and confidence to lead rather than follow. I love Redford’s grit, her fallibility, her physicality, her honesty. I want to put this memoir into every mountain woman’s hands, every mother’s hands, and the hands of every woman struggling to take charge of her own future. A hearty welcome to a new voice that’s sometimes tough, sometimes vulnerable, but always brave.” —Angie Abdou, author of The Bone Cage and In Case I Go

“End of the Rope is a rare thing, an at once thrilling and thoughtful book. Readers will make their way up perilous slopes and across daunting ridgelines. They will dangle from cliffs in their harnesses and carabineers. But at the end of this book about daring, about doing, about defining oneself in the face of the steepest challenges, readers will also summit with author Jan Redford, exhilarated and moved.” —Timothy Taylor, author of The Rule of Stephens and Stanley Park
"Jan Redford reveals perseverance and strength of character on her journey in End of the Rope: Mountains, Marriage and Motherhood, a book that truly measures up to its title. . . . This book is like reading through your best friend’s diary. It’s a captivating, compelling and heartwarming story about a remarkable woman sharing her innermost feelings. Many life lessons to be learned.” —Nelson Star
“[F]ascinating. . . . In the pages of this high-adrenaline . . . book, the first-time author weaves together jaw-dropping hijinks hanging off the sides of cliffs with her own coming-of-age story, from a young teenager with a troubled home life, to a twenty-something adventurer trying to find her place in the world, and, finally, a middle-aged writer and mother of two. . . . All told, with its vivid storytelling, fascinating glimpse into the world of mountaineering, and insights into the healing power of wilderness, End of the Rope proves a promising debut. Not to mention an invaluable addition to the canon of chronicles by women climbers.” —Vancouver Sun