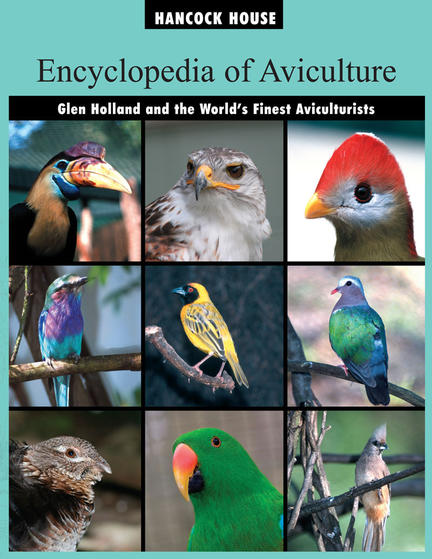 The most up-to-date and detailed compilation of world wide Avicultural species recorded to date. Initiated as a book on African birds that feature in private avicultural and zoological collections around the globe, it soon became apparent that much of the information gathered pertained to aviculture worldwide. Recognized avicultural experts worldwide have contributed to make this a truly international avicultural handbook. A wide variety of valuable species are held outside of managed species programs and it is essential that we maximize the breeding potential of these species to ensure they contribute to long-term self-sustainable populations. In this book the aviculturist is provided with proven, practical methods for the successful management and propagation of most of the families of birds in the world. Species accounts vary from the world's largest, the ostrich, to the diminutive hummingbirds and waxbills and include avicultural rarities, such as Congo peafowl, kiwi, saddle-bill storks, bee-eaters, swallows, and red siskins. Vital, practical components for avicultural success that are universally applicable to a wide range of species, such as diets, compatibility with other species, habitat requirements, incubation, and hand-raising techniques are included. Aviculturists today are faced with the challenge of establishing captive-bred strains that are no longer reliant on replenishments from wild stock, while helping to reduce the current rate of species extinctions. It is my desire that this book will assist aviculturists in achieving this goal.

Glen Holland's intense interest in wildlife, the outdoors and, in particular, ornithology, began in the early years of his life in South Africa. Much of his free time during school years was spent doing voluntary work at the World of Birds, assisting with the rescue of oil-contaminated sea birds, and reading all things avicultural. This avocation ultimately led to a career that encompassed various aspects of wildlife and habitat management, conservation, and environmental education. In 1997, Glen and his family moved to New Zealand where he realized a lifelong goal of working at the Mt. Bruce National Wildlife Centre as species manager. He has most recently held the post of director of the Auckland Zoo.