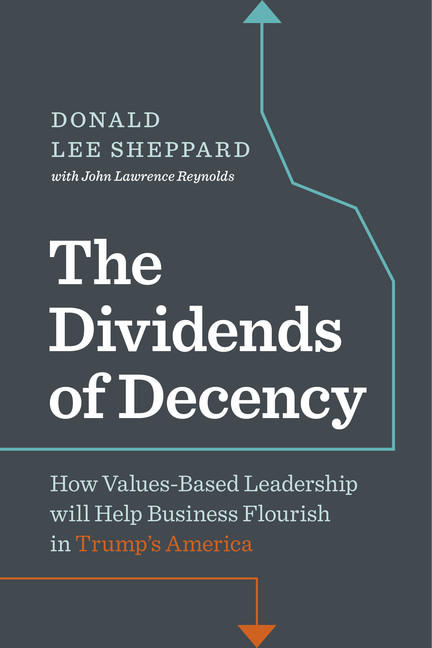 When former executive and entrepreneur Don Sheppard awoke the morning after the 2016 U.S. presidential election, he was horrified to learn that Donald Trump had become the 45th president of the United States. Committed to strong business principles and ethics throughout his varied career, Sheppard was concerned about the role model Trump as a businessperson?and now the most powerful person in the world?presented to corporate America, and to broader society in general. Leaders strongly influence those who follow them, and there had to be a better way.

Part business manifesto and part memoir, The Dividends of Decency shows why and how doing the right thing in business is also doing the right thing for business. Principles and profits are not mutually exclusive; in fact, conducting business in a principled way can significantly improve profits as well as relationships with all key stakeholders?employees, customers, suppliers and partners, shareholders and the community at large.

After decades of corporate scandals?including Enron, and Lehman Brothers and the other firms who precipitated the Great Recession of 2008-09?the ethical bar for business has fallen to a new low in Trump's America. The Dividends of Decency is a timely reminder of what is truly important in business, and a guide to values-based leadership that will help American business indeed be great again?by being ethical, accountable and sustainable.

Where To from Here

A Path to Canadian Prosperity