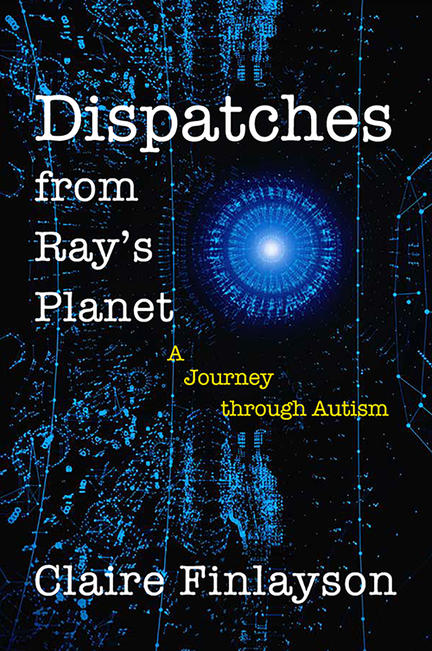 A collective memoir that explores a woman’s journey to understand the complexities of her adult brother’s symptoms of Autism Spectrum Disorder.

As a child, Claire’s big brother Ray was bright and inquisitive, but as the two became teenagers, Ray struggled to acquire the social skills that came more easily to others. Claire tried to help, pointing out what he should or shouldn’t have said or done. Ray insisted that he wasn’t the problem—“On my planet…” he would explain, there were no social climbers, no subtle hints or subliminal messages to miss, and the telling of little white lies would be a capital offence. At sixteen, sitting with him in the high school cafeteria, Claire vowed to find Ray’s planet.

After graduation, Ray took a job as a letter carrier with Canada Post, but after thirty-three years on the job he was fired, blew his appeal, and spiralled into a suicidal depression. Claire didn’t know he was in trouble until he reached out to her by email. Thus began a remarkable written correspondence that pulled back the curtain on an inner life Claire couldn’t have imagined. Where in-person interactions plunged him into hot water, Ray’s writing revealed a compassionate, funny, sad man who showed extraordinary insight into his way of navigating the world. Ray was fifty when Claire realized he might have Autism Spectrum Disorder (ASD), but by then, having survived without a diagnosis his whole life, Ray was reluctant to have a label pinned on him and resisted Claire’s efforts to fix him by trying, in all sincerity, to make him more like her.

Dispatches from Ray’s Planet draws on Ray and Claire’s correspondence to tell the story of two siblings from two very different planets. There are thousands of Rays in our world. In this collective memoir, Claire and Ray share their journey with the hope that others can also learn that we all perceive the world in different ways, and that “different” does not necessarily mean “wrong.”

After a twenty-five-year career as a jewellery designer, running a business and raising a family, Claire Finlayson now writes full time. She has always been an essay writer, and occasionally a journalist, but her passion is creative non-fiction. Dispatches from Ray’s Planet, seven years in the making, is Finlayson’s first book, written under the mentorship of Betty Keller. Finlayson lives in Gibsons, BC, and currently serves as vice president on the board of directors of the Sunshine Coast Festival of the Written Arts, Canada’s longest-running literary event celebrating Canadian writers.

“[Finlayson] is a great storyteller, skillfully blending her extensive research on autism, input from family and friends, and her own observations with Ray’s complicated reactions to her findings, provoking laughter, tears and a compulsion to turn the page.”