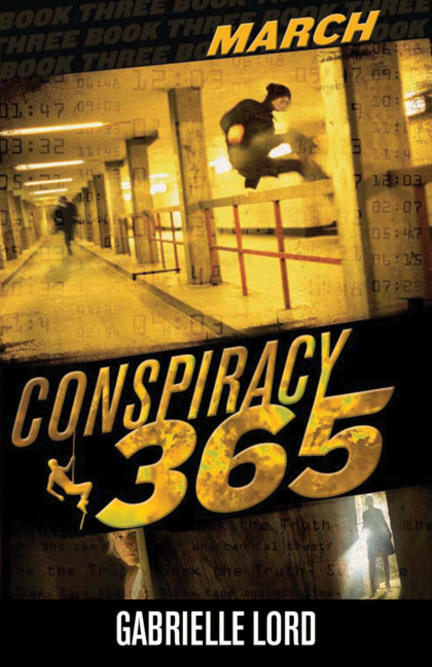 On New Year's Even Cal is chased down the street by a staggering, sick man with a deadly warning...

"They killed your father. They'll kill you. You must survive the next 365 days!"

Trapped, with a train bearing down on him, Cal's chances of survival look grim. The cops and criminal gangs are unrelenting - they wany him behind bars... or dead.

As the stakes get higher, Cal tries to uncover the mystery behind a family secret - but each discovery only leads to more puzzles.

The clock is tinking. He is locekd in a race against time...

GABRIELLE LORD is one of the Australia's leading and best-selling crime writers. On Conspiracy 365 she has said: "This has been the biggest, most exciting project I've ever done.. I've used every skill I've ever learned in tracking Val Ormond and his action-packed year of living dangerously... I hope it brings suspense and thrills to all who read it." Gabrielle lives in Australia.