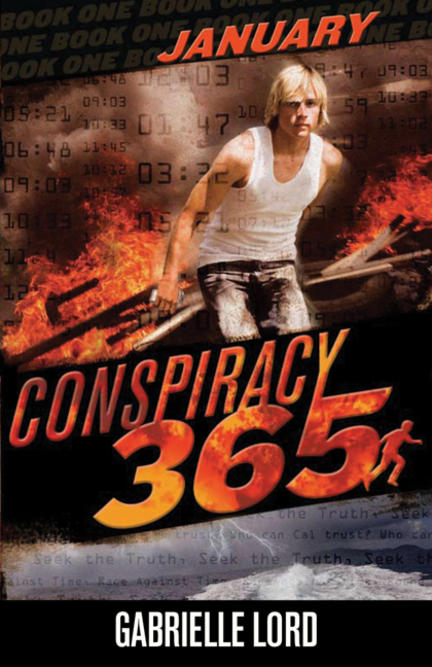 On New Year's Even Cal is chased down the street by a staggering, sick man with a deadly warning...

"They killed you father. They'll kill you. You must survive the next 365 days!"


Callum Ormond is still mourning the mysterious death of his father, and now he is on the run. From what, he still doesn't know.

Ever since he was warned by a sickly stranger, danger follows him everywhere. Armed with only a few clues about a family secret, Callum must dodge the criminal masterminds who are after him.

The clock is ticking and Callum can't trust anyone...

GABRIELLE LORD is one of Australia's leading and best-selling crime writers. On Conspiracy 365 she has said: "This has been the biggest, most exciting project I've ever done... I've used every skill I've ever learned in tracking Cal Ormond and his action-packed year of living dangerously... I hope it brings suspense and thrills to all who read it." Gabrielle lives in Australia.