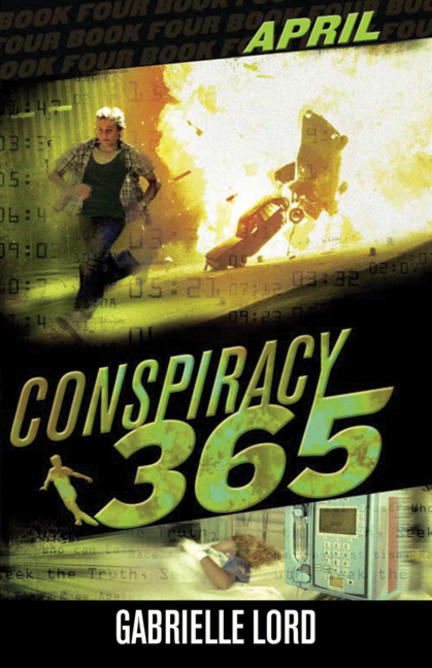 On New Year's Eve Cal is chased down the street by a staggering, sick man with a deadly warning...

"They killed your father. They'll kill you. You must survive the next 365 days!"

It's a do-or-die when a high speed chase goes wrong, and leaves Cal exposed to his enemies.

If he survives he must decipher the Ormond Riddle, and risk emerging from hiding to save his family. But even if he makes it to December 31 alive, will his family ever be the same again?

GABRIELLE LORD is one of Australia's leading and best-selling crime writers. On Conspiracy 365 she has said: "This has been the biggest, most exciting project I've ever done...I've used every skill I've ever learned in tracking Cal Ormond and his action-packed year of living dangerously...I hope it brings suspense and thrills to all who read it." Gabrielle lives in Australia.