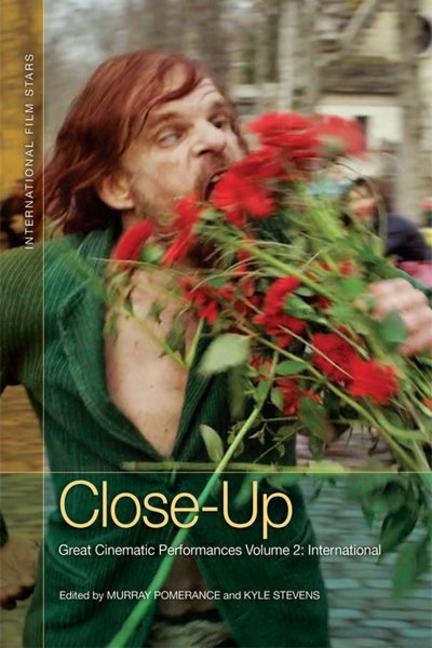 What actors do on-screen is a fascination for audiences all over the world. Indeed, the cultural visibility of movie stars is so pronounced that stardom has often been regarded as intrinsic to the medium’s specificity. Yet not all great cinematic performances are star turns, and so, what really makes a cinematic performance good, interesting, or important has been a neglected topic in film criticism. This two-volume set presents detailed interpretations of singular performances by several of the most compelling actors in cinema history, asking in many different and complementary ways what makes performance meaningful, how it reflects a director’s style, as well as how it contributes to the development of national cinemas and cultures. Whether noting the precise ways actors shape film narrative, achieve emotional effect, or move toward political subversion, the essays in these books innovate new approaches to studying screen performance as an art form and cultural force.

Murray Pomerance is an independent scholar living in Toronto and Adjunct Professor in the School of Media and Communication at RMIT University, Melbourne. He is the author of The Film Cheat: Screen Artifice and Viewing Pleasure (2020), Grammatical Dreams (2020), Virtuoso: Film Performance and the Actor’s Magic (2019), A Dream of Hitchcock (2019), and Cinema, If You Please: The Memory of Taste, the Taste of Memory (2018), among many other volumes, and editor or co-editor of more than two dozen books including The Other Hollywood Renaissance (2020). He edits the “Horizons of Cinema” series at SUNY Press and the “Techniques of the Moving Image” series at Rutgers. A Voyage with Hitchcock and Color It True: Impressions of Cinema are both forthcoming.

Kyle Stevens is Assistant Professor of Film Studies at Appalachian State University. He is the author of Mike Nichols: Sex, Language, and the Reinvention of Psychological Realism, and his essays have appeared in Cinema Journal, Critical Quarterly, Film Criticism, World Picture, as well as several edited collections. He is also editor-in-chief of New Review of Film and Television Studies.

Other titles by Murray Pomerance

Cinema, If You Please

The Memory of Taste, the Taste of Memory

ReFocus: The Films of George Cukor