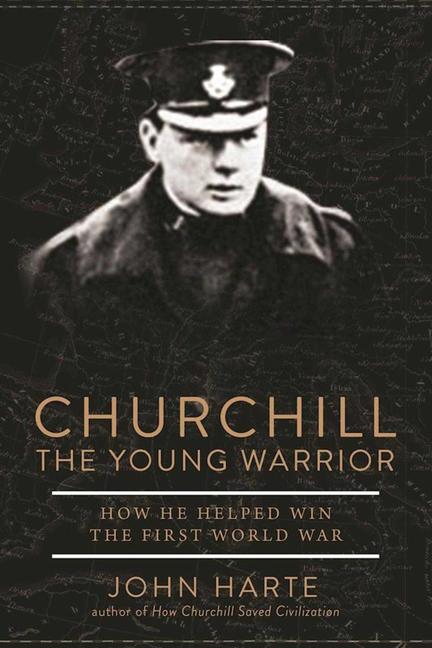 This is the intriguing chronicle of Winston Churchill’s early years as a young soldier fighting in several different types of wars—on horseback in the cavalry at Khartoum, with saber and lance against the Dervishes at age twenty-two, in the South African war against the Boers, and finally in the First World War after he resigned as First Lord of the Admiralty, to volunteer to lead a Scottish brigade in the trenches of the Western Front, as Lieutenant-Colonel. The book also covers the failure, bloodshed, and disgrace of Gallipoli that was blamed on him, which could have led to his downfall, as well as the formative relationships he had with the two important women in his young life — his mother, Jennie, who was an eighteen-year-old woman when she married an English aristocrat, and Churchill’s young wife, Clementine. How did the events of his early life shape his subsequent life and career, making him the leader he would become? What is the mystery behind how World War I erupted, and what role did Churchill play to end it?

Most readers are aware of Churchill’s leadership in World War Two, but are unaware of his contributions and experiences in World War One. Through engaging narrative non-fiction, this book paints a startlingly different picture of Winston Churchill — not the portly, conservative politician who led the UK during World War II, but rather the capable young man in his 20s and 30s, who thought of himself as a soldier saving Britain from defeat. Gaining experience in battle and developing a killer instinct and a mature worldview would serve him well as the leader of the free world.

John Harte was born in London, England after World War 1, when he absorbed the controversies and lessons of that war which historians puzzled over for years afterwards. He then watched each milestone leading to World War 2, in which he served, and lived in England throughout. In postwar years he became an investigative journalist in England and South Africa, where he visited the battle zones of the Boer War. He was a director of companies in the UK, South Africa, and Canada. This is Harte’s second book about Sir Winston Churchill, after How Churchill Saved Civilization (Skyhorse, 2017). He lives and writes books on modern history in Ottawa, Canada. Visit his website at johnhartebooks.com.

“In his extensively researched biography of the early years of Winston Churchill,

through Europe. He presents little-known insight into Churchill’s role as both

a government official and a front-line soldier during the First World War.”

—Stephen L. Moore, author of As Good as Dead

“Equally informative and entertaining, Churchill the Young Warrior covers the formative period of one of the most formidable and influential figures of the twentieth century. In stylish prose and with a perceptive eye for color, detail, and context,

his adventures in India, the Sudan, and South Africa, his early years in Parliament,

his service as First Lord of the British Admiralty (1911–15), and his subsequent

posting to France as an officer of fusiliers. The author parallels Churchill’s public

career and private life with a trenchant analysis of the political, military, diplomatic,

economic, social, and cultural climate that simultaneously invigorated and roiled

Europe during the three decades leading up to the Great War.” —Edward Longacre, author of General Ulysses S. Grant, the Soldier and the Man

“An entertaining new look at one of history’s most fascinating characters . . .

Harte’s perspective on the great man adds considerably to the Churchill legend.”

Other titles by John Harte

How Gertrude Bell, St. John Philby, and Lawrence of Arabia Ignited the Arab Revolt - and How Saudi Arabia Was Founded