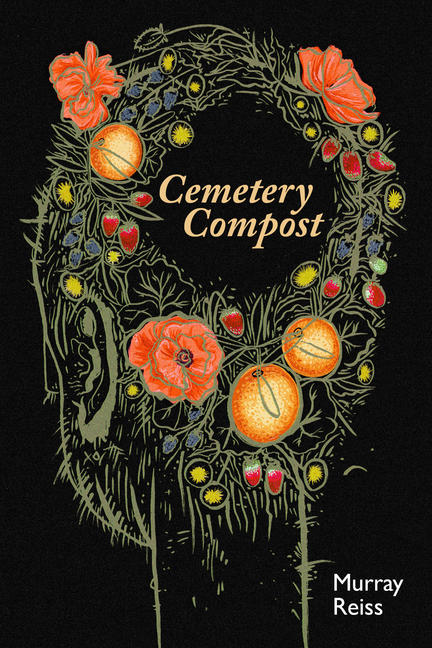 By turns garrulous and gnomic, playful and foreboding, tender and raucous, these poems plumb our daily contradictions and divided natures. Treading a taut line between bemusement and despair, they tiptoe through the unexploded ordnance of time. Like the compost pile invoked by its title, this book throws off the heat of transformation: a shoplifter’s onion tumbles through the Spanish Civil War only to surface in a California chicken farm; a cream-coloured Persian kitten provokes a reckoning with Viagra; a café menu in Phnom Penh redeems the inventor of the AK-47. These are poems that dissolve the distinctions between heartbreak and humour, politics and pets, mortality and the taste of a single strawberry, revealing our inner and outer worlds as – thrillingly – one and the same.

Micheline Maylor is a Poet Laureate Emeritus of Calgary (2016-18) and was the Calgary Public Library Author in Residence in fall 2016. She teaches creative writing at Mount Royal University. Her most recent book Little Wildheart (UAlberta Press) was long-listed for both the Pat Lowther and Raymond Souster awards. Find her online at www.michelinemaylor.com.

Because it is utterly open to heaven and all its blessings.

Because when consciousness escapes my body at the moment of death no clinging tendrils will deflect its homeward flight.

Because of the seven cakras it is the crown, the thousand-petalled rainbow-coloured lotus.

Because Don Juan told Carlos Casteneda that a warrior wears death on his right shoulder but I wear it every day on the top of my head.

Because while age shrinks the rest of my body, it alone continues to grow.

Because without it I might believe I will live forever.

Because it is a beacon to our little friends from outer space, showing them where they can safely land.

Because it is the size and shape of a yamulka, reminding me of all the minyans from which I absconded.

Because it could be innocently mistaken for a tonsure.

Because I need not ask for whom the bathtub drain clogs. It clogs for me.

Because through it my body is attuned to Gaia, and I grieve for her losses even as I grieve each falling hair.

Because it waxes with the ozone hole of Antarctica and wanes with the rainshadow coastal forests of my island home and its mountains Tuam, Maxwell and Bruce.

Because it is both map and memory, keeping score of my wanderings like the rings of an ancient tree.

Because even as the deserts spread through Africa’s grasslands, it devours my remaining cover.

Because it provides me daily practice in renunciation, and prods me to gradual progress in the arduous spiritual discipline of letting go.

Because its presence is that of absence and thus inclines me to the metaphysical.

Because it removes all impediments and interference, releasing me to write without restraint off the top of my head.

Other titles by Micheline Maylor

A Tincture of Sunlight

Other titles by Neil Petrunia

There Goes the Neighbourhood