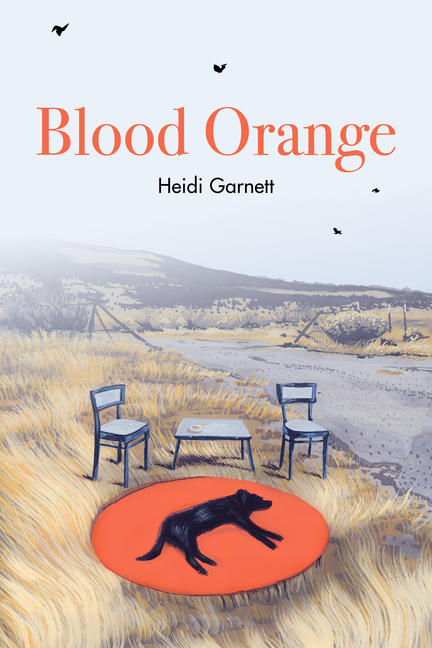 Blood Orange ponders the resilience of the human spirit as it explores the meaning of home (Heimat) and homelessness, and circles themes such as forced displacement and loss. Memory is interrogated, but never completely trusted as the poems shift back and forth between post-war Poland and western Canada, the past and present day and other unnameable time frames. Life and death, eros and thantos intermingle in a world in which a mother braids her child’s hair with hands of smoke and “where there is nowhere to sit comfortably” or feel safe, a world in which one is forever a refugee and without legitimate citizenship.

Micheline Maylor is a Poet Laureate Emeritus of Calgary (2016-18) and was the Calgary Public Library Author in Residence in fall 2016. She teaches creative writing at Mount Royal University. Her most recent book Little Wildheart (UAlberta Press) was long-listed for both the Pat Lowther and Raymond Souster awards. Find her online at www.michelinemaylor.com.

Our Black Dog Who Disappeared
Sits at the back door and barks to be let in.
He offers no explanations,
but looks well fed as a cucumber
and guilty as a radish –
that little traitor – I wonder where he has been.
He follows me to the garden
and watches as I dig potatoes.
I make a show of stuffing them,
eyes and all, into burlap sacks
and dragging them to the root cellar.

He settles in his old spot on the back deck,
his eyes water bowls skinned with dust,
the kind crows might drink from
or drop corn seeds in to watch them sink.

Second Sight
A bomber’s navigator charts a glittering river
visible now and again through clouds below,
a ribbon dropped by his daughter
unwinding over rolling green countryside,
beaded rhinestone, head filled with flowers,
May in Amsterdam after Anne Frank. A woman,
faceless under her Breugelian hat, crouches to plant lettuce seedlings.
A robin lines a nest with hair plucked from a skeleton.
There’s so much we must be witness to. Soon,
chimney stacks, roads, a factory, an assigned target,
but, then again, maybe not.
Perhaps, like a lost man, the pilot has circled back
to where he began. Men wielding two-handed saws between them
cut trees down in a forest that has never been logged.
The trees fall without complaint. A stump is a lonely thing.
The bay doors open. Bombs drop
as if they’re sleepwalking.

Other titles by Heidi Garnett

Other titles by Micheline Maylor

A Tincture of Sunlight

Other titles by Neil Petrunia

There Goes the Neighbourhood