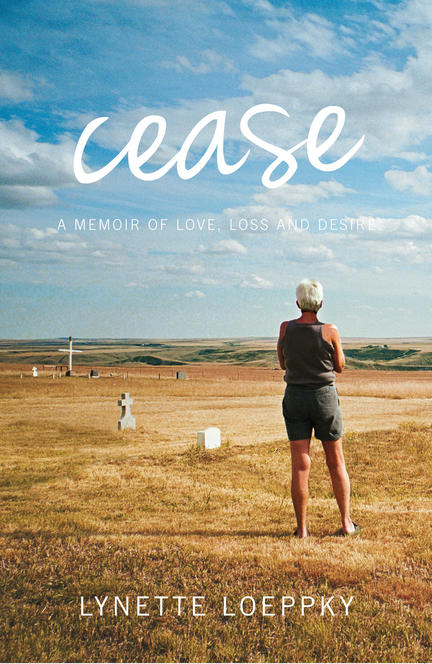 Finalist 2015 Lambda Literary Award "It would be one thing for me to leave, another entirely for her to be taken away."

Cease, the tough-and-tender debut memoir from Alberta writer Lynette Loeppky tells the story of a young woman who has decided to leave an eight-year relationship. As Lyn begins to plan her exit, her partner Cecile suddenly falls ill. In a tumultuous drop towards a complicated end, the young woman is forced to become sole caregiver to the woman she had been planning to leave. Set against the "family values" of rural Alberta, this is a story about how we love and why we stay, especially in a time of crisis.

"Shadowed by secrets and desire, Cease unfolds as a brilliant and devastating memoir of how two women face the unpredictable forces of love and death. Compelling, terrifying, and unforgettable, this portrait will seize every reader's heart and the head in equal measure. Lynette Loeppky's unflinching gaze at the cataclysm of loss is vivid and intense, a coruscation of outrageously candid resilience. Cease is unique, transfixing, and beautifully written."

Lynette Loeppky was born and raised on the flat Manitoba prairie where the summer rain is always warm. She graduated from the University of Calgary with a BA, then stumbled into a corporate sales career. Lynette has travelled extensively, and lived for a time in Europe, but counts amongst her greatest adventures the eight years she and her partner Cecile tended an “Old MacDonald”-style hobby farm in southern Alberta. She now lives in Calgary with her dogs, Noddy and Charlie, who do an excellent job of getting her away from her computer and out into the elements on a daily basis. Cease is her first book.

Books You'll Think About for Days and Years