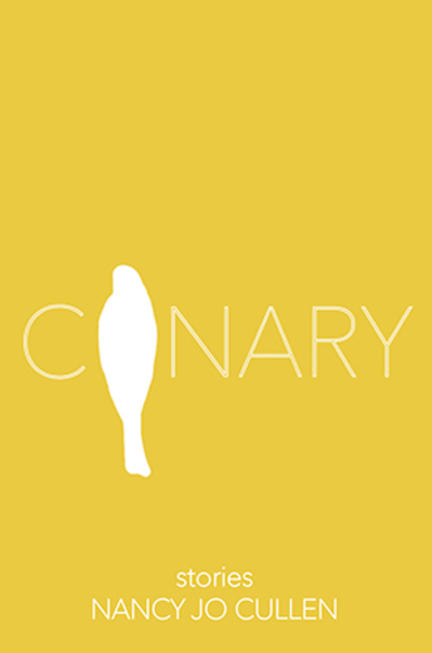 "Gas, grass, or ass: No one rides for free". So begins this cheeky and chirpy short story debut by Nancy Jo Cullen. Working-class, a little queer, and a lot funny, Cullen''s characters-from the hymn-singing Catholic merch salesman to the young lez, hitching rides beside a born-again pile of ashes-encounter the killer decisions that will invisibly, quietly, and quirkily shape our lives.

Nancy Jo Cullen mines humanity's beautiful fault-lines. There isnot one lousy story in this bunch, but there are plenty of lousy people, all of them gleaming with the shimmer of real. Cullen knows just where to find the funny in tragedy, and how to make words feel like life. - Kathryn Kuitenbrouwer

Cullen's prose is volcanic even when she's describing the most domestic situations possible - the language is full of subterranean rumbles that simultaneously disturb and delight. The writing is always surprising, always bright, even in the most somber moments. Moving and funny, these stories will break your heart in the very best way. - Suzette Mayr

"A taken-for-granted sexual transiency is the most strikingly contemporary feature of these stories; if it were written a decade ago the fact that many of the characters are gay, lesbian or bisexual would be seen as a political statement. But in Canary the sexuality of the characters doesn't define their identity, and is in fact often as transitory and up-for-grabs as every other aspect of their unsettled lives. The quietly radical assumption implicit in the book is that sex isn't a matter of fixed identity but of opportunistic action ... in story after story Cullen won me over. Their people and situations rang close to life ... Cullen deserves all the acclaim she's going to receive."

This collection is very good...there is plenty here to satisfy, the narrative arc running high and long ... robust, with a wide, compassionate embrace. -The Winnipeg Review

"At her best, Cullen manages to write about rejuvenation and reconstruction in a way that feels absolutely fresh ... vibrant and engaging." - National Post

"In Canary, Cullen's skills with characterization make her stories pop... Cullen's debut is a testament to why human relationships remain the best fodder for funny, dead-serious fiction. Her stories are slightly off-kilter, and always bang-on in delivering first-rate characters who show us all the ache in being human and all the wonder of human connection". - Telegraph Journal

"Every story in Nancy Jo Cullen's debut collection skates along the edge of weirdness. These characters are just a tiny bit off, drawing the reader into their delightful eccentricities... Cullen ups the ante on any traditional coming-out story arc and instead drops LGBT characters and references in everyday life, just as they'd always be. A welcome new voice in queer fiction." - Lambda Literary

Comic and sad at the same time. - Milwaukee Journal Sentinel

"Small, colourful, and only too quick to take flight." - The Georgia Straight

"Fresh and non-squeamish humour,present in quirky touches and entire situations, marks Cullen's stories...This is a great collection, with something of Raymond Carver's understated realism-but with an entirely original voice." - Alberta Views Magazine

"The people in Nancy Jo Cullen's stories are just like you and me-raw, complicated, slightly off-kilter in a world that seems to be rushing by a little too quickly. Her characters-working class, many queer-are deep thinking, humorous people who move through with their oftentumultuous lives with a kind of imperfect grace." - In Conversation With Trevor Corkum

"Cullen's stories are full of these unexpected moments of giddy freedom, when the heavy responsibilities of daily life lift, and the characters can take a deep breath and remember who they really are...The narrators of these stories are plain-spoken, and while they sometimes over-share the messy details of their lives, they always tell it like it is. The stories collected in Canary are fresh, immediateand exciting." - Cult Montreal

" Canary is the best new Canadian fiction I've read this year. Pick it up, and pick it up now." - Casey the Canadian Lesbrarian

"There's a wonderful shape-shifting that occurs with humour and Cullen has found that place that is both poignant and profound. Gay and lesbian characters appear in every story, which is such a gift when most fiction writers exclude lesbian, gay and transgender people in their work." - Mary Ann Moore, Vancouver Sun

Moving on and letting go

The short stories in Nancy Jo Cullen's first collection, Canary, are about moving on and letting go of the past. Her characters are easily recognizable, young and old, living in different Canadian locations. Most of the stories have at least one queer protagonist.

I have found myself thinking a lot about these stories since finishing the book. There is an atmosphere of sadness, but Cullen treats her troubled characters with compassion. The epigraph -- Gas, grass or ass, no one rides for free -- is fair warning. Whether we open ourselves to love, or shut ourselves away from it, there is always a price to pay just for being alive.

Other titles by Nancy Jo Cullen

Nothing Will Save Your Life

What to read after "Cat Person"...