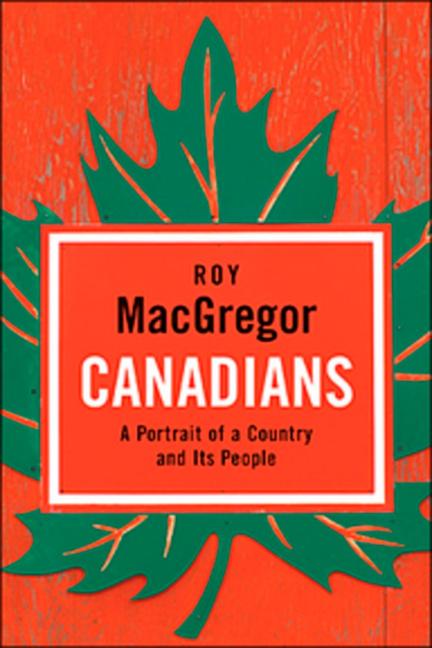 Who are we? Not since the publication of Bruce Hutchison’s bestselling The Unknown Country has there been as ambitious, entertaining, and incisive an answer to that eternal question.

As a journalist and author for more than thirty years, Roy MacGregor has travelled this vast country more than any other Canadian in pursuit of the often elusive national identity. A modern-day Canadian Zelig, he has gained privileged entrée into the most interesting and significant moments in recent Canadian history, and spent time with some of its most memorable people.

In this perceptive and entertaining work, MacGregor takes the full measure of Canadian life as he has known and observed it. Against the backdrop of pivotal events such as Meech Lake, the funeral of Pierre Elliott Trudeau, and the 2006 Winter Olympics, and in a sparkling blend of historical, anecdotal, and reflective writing, MacGregor captures essential truths about who we are and what makes us tick, shedding light on everything from hockey, our “national id,” to our highly exportable, and perhaps highly debatable, sense of humour, to our ever-shifting self-image, both at home and abroad. With trenchant wit and deep intelligence, he maps the fault lines of our national psyche, finding it rife with contradiction on everything from our attachment to the land to our fatalism about the future, our complex relationship with each other to our on-again, off-again affair with our neighbour to the south.

Learned in perception, deft in delivery, Canadians is a love letter, a wakeup call, a session on the couch, and a celebration of the richness and diversity of this country and its people.