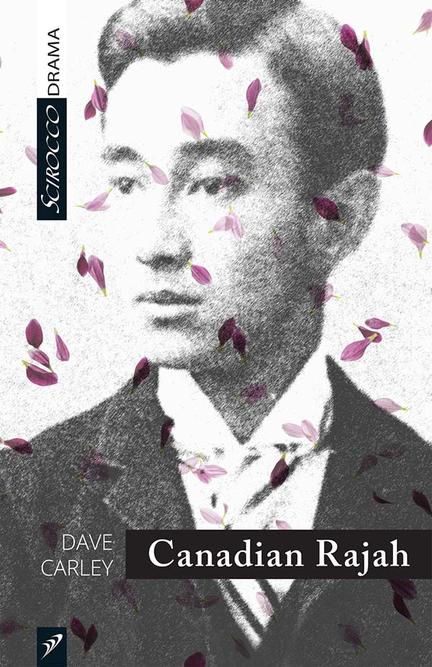 Canadian Rajah is the incredible -- and true -- story of Esca Brooke Daykin. He was the first-born son of the legendary "White Rajah of Sarawak" but was exiled from that country (a British colony, now part of Malaysia) to the backwoods of Eastern Ontario. Esca's very existence was erased from his birth country's history books. He waged a lifelong battle to have his true identity and parentage recognized. Esca's life spans continents, races, generations and centuries -- and only now is it being told.

Dave Carley is a Toronto-based playwright. His plays have had over 450 productions across Canada, the United States and in many countries around the world. They include Writing with Our Feet (nominated for the Governor General's Award); After You; Taking Liberties; The Last Liberal; and an adaptation of Margaret Atwood's The Edible Woman. Dave's new drama, Twelve Hours, grew out of his ongoing involvement in the anti-death penalty movement. For more on Dave, go to www.davecarley.com

Toronto, 1925. ESCA is in his garden in Lawrence Park. A magnolia tree may be shedding petals, and he sits amid them in wonder. He is neatly dressed; even when gardening he looks dapper. He also holds a drink, and an opened letter.

ESCA: Everything in my garden is from somewhere else. My magnolia tree is a hybrid from China. I purchased it at a nursery in Ottawa because I couldn't find the right variety here in Toronto. Those irises -- I bought the bulbs at a botanical garden in New Jersey. That white pine? Transplanted from my cottage just east of Kingston. (Holds up letter.) And me? According to this, I just stumbled out of the backwoods of Ontario.

(Music effect to take us back slightly in time, and across an ocean.)

London, England, a few months earlier. The interior of the Brooke home, upstairs, in Ranee GHITA's dressing area. GHITA sweeps in and eventually begins shedding her Edwardian-era clothes for her battle dress: a version of a baja kurung, a knee-length blouse worn over a full length dress. Like ESCA's magnolia, it too is a hybrid; one of GHITA's making, and designed for maximum impact.

GHITA: I will give him this: he's punctual. Crawford said he was yanking on the doorbell at the dot of three. But I'm a very un-punctual Ranee. When you hold all the cards, it's more fun to lay them down slowly. I'm going a little native for our little native. (Holds up the baja kurung). A baja kurung. Very Sarawak. Every time I put this on I can hear my mother's warning: "Do think this through, Ghita. Do you really want to live England, go all the way around the world -- to someplace no one has ever heard of -- (Different pronunciations.) Sarawak Sarawak Sarawak -- a place that sounds like a parrot? And live in a jungle with head-hunters? And marry that Charlie Brooke? He's so much older than you. And Charlie's reputation is so -- dubious."

"Dubious reputation." Those words were catnip to this kitty.

The beauty of Canadian Rajah is in the ambitious stakes that playwright Dave Carley sets for himself... to bring a little-known piece of Canadian history to life: a family drama, involving sex, racism, Borneo royalty, and political intrigue, with only two actors to step into the roles of this sprawling, decades-long story, Canadian Rajah is both education and entertainment without skimping on either. It is an example of how history is a living thing, where stories fall in and out of public consciousness depending on who, and how many people, share them. -- Mooney on Theatre

Other titles by Dave Carley

Based on the Novel by Margaret Atwood

An Anthology of CBC Radio Drama

Writing with Our Feet