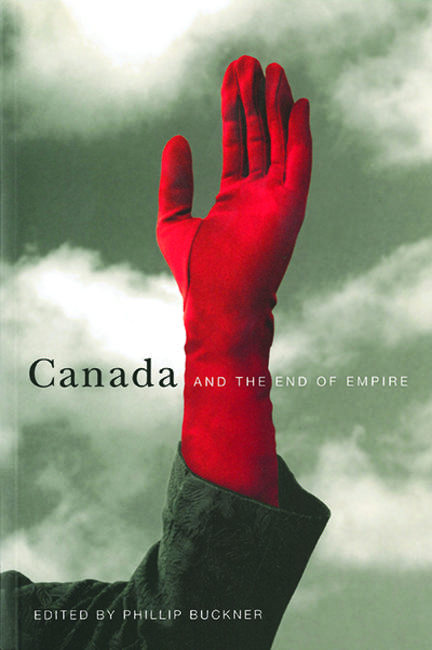 Sir John Seeley once wrote that the British Empire was acquired in “a fit of absence of mind.” Whatever the truth of this comment, it is certainly arguable that the Empire was dismantled in such a fit. This collection deals with a neglected subject in post-Confederation Canadian history – the implications to Canada and Canadians of British decolonization and the end of empire.

Canada and the End of Empire looks at Canadian diplomatic relations with the United Kingdom and the United States, the Suez crisis, the changing economic relationship with Great Britain in the 1950s and 1960s, the role of educational and cultural institutions in maintaining the British connection, the royal tour of 1959, the decision to adopt a new flag in 1964, the efforts to find a formula for repatriating the constitution, the Canadianization of the Royal Canadian Navy, and the attitude of First Nations to the changed nature of the Anglo-Canadian relationship. Historians in Commonwealth countries tend to view the end of British rule from a nationalist perspective. Canada and the End of Empire challenges this view and demonstrates the centrality of imperial history in Canadian historiography.

An important addition to the growing canon of empire studies and imperial history, this book will be of interest to historians of the Commonwealth, and to scholars and students interested in the relationship between colonialism and nationalism.

This stimulating volume is not the last word but may, as Buckner hopes, inspire more scholars to look at Canada and its identity through the lens of the fading British empire. This volume sets a high standard for future authors to match.

This timely collection consists of a comprehensice introduction and eighteen impressive chapters that rally around the theme of identifying, examining, and explaining Canada’s devolution from the British Empire. A strength of this collection is that it self-consciously reveals the politics of writing history, potentially reopening old wounds and inflicting fresh ones. Buckner has marshalled a relevant and knowledgeable group of contributors, and the book offers dense and thorough coverage. In a collection concerned to capture how historical change occurred, the comprehensive coverage of individual actors is particularly welcome.

Overall the book is useful in giving substance to a process that many historians have recognized but few have analyzed in any depth … the volume as a whole adds significantly to this important change in Canada’s sense of itself and its role internationally.

Other titles by Phillip Buckner

The Atlantic Region to Confederation

The Conquest of Canada in Historical Perspective

The Conquest of Canada in Historical Memory