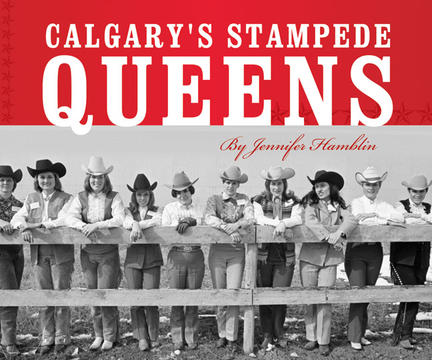 Alongside images of racing chuckwagons, cowboys on bucking broncos and Aboriginal people in full regalia, one of the most recognizable and enduring symbols of the Calgary Stampede is a trio of pretty cowgirls wearing white-hat crowns. Not surprisingly, modern-day Stampede Queens and Princesses make more than 450 public appearances per year promoting the show and the city of Calgary both at home and abroad.

But the fair was nearly six decades old before it appointed a royal representative to promote its interests. In 1946 Patsy Rodgers became the Stampede's first rodeo queen. The following year, a local service club raised funds by sponsoring a contest for "Queen of the Stampede." Although it bore little resemblance to its modern counterpart, this early competition based on ticket sales was widely popular and over the next few decades raised the equivalent of one million dollars for local charities and service projects.

From the beginning, the Stampede recognized the promotional potential of the royal figureheads and worked to ensure that winners were credible representatives of what quickly became a year-round public relations job. In 1966 the Stampede officially took over and modernized the contest, but it would take many decades of trial and error evolution to perfect the process of selecting and training its royalty.

Against a backdrop of changing times, and drawing on contemporary sources and personal interviews, the author traces the origin and development of the Calgary Stampede Queen contest and profiles its lucky young winners over seven exciting decades.

Complete with a large selection of archival photos, Calgary's Stampede Queens tells the story from this fascinating corner of The Greatest Outdoor Show on Earth.

Jennifer Hamblin has an MA in history from McMaster University and a Master of Library Science from the University of Toronto. She works as a librarian and archivist at the Glenbow Museum. In her spare time, she enjoys researching and writing about interesting Alberta women. She has written a number of articles for Alberta History and is the co-author of The Diva and the Rancher: The Story of Norma Piper and George Pocaterra (RMB, 2006). She lives in Calgary, Alberta.

Other titles by Jennifer Hamblin

The Diva & the Rancher

The Story of Norma Piper and George Pocaterra