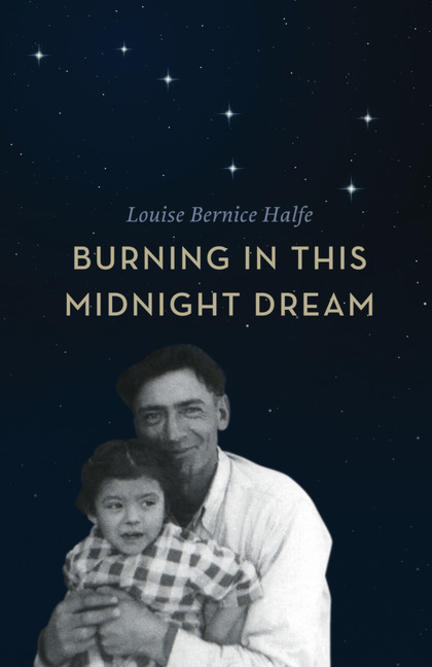 Burning in the Midnight Dream is the latest collection of poems by Louise Bernice Halfe. Many were written in response to the grim tide of emotions, memories, dreams and nightmares that arose in her as the Truth and Reconciliation process unfolded.

In heart-wrenching detail, Halfe recalls the damage done to her parents, her family, herself. With fearlessly wrought verse, Halfe describes how the experience of the residential schools continues to haunt those who survive, and how the effects pass like a virus from one generation to the next. She asks us to consider the damage done to children taken from their families, to families mourning their children; damage done to entire communities and to ancient cultures.

Halfe's poetic voice soars in this incredibly moving collection as she digs deep to discover the root of her pain. Her images, created from the natural world, reveal the spiritual strength of her culture.

Louise Halfe has three book publications to her credit. Bear Bones & Feathers was published by Coteau Books in 1994. It received the Canadian Peoples Poet Award, and was a finalist for the Spirit of Saskatchewan Award in that year. Blue Marrow was originally published by McLelland & Stewart in 1998; its revised edition was released by Coteau Books in September 2004. It was a finalist for both the Governor General’s Award for Poetry and the Pat Lowther Award, and for the 1998 Saskatchewan Book of the Year Award and the Saskatchewan Poetry Award. Her most recent work, The Crooked Good, was published in 2007. Louise Bernice Halfe's Cree name is Sky Dancer. She was born on the Saddle Lake Reserve in Two Hills, Alberta in 1953. At the age of seven, she was sent to the Blue Quills Residential School in St. Paul, Alberta. She left residential school of her own accord when she was sixteen, breaking ties with her family and completing her studies at St. Paul's regional high school. It was at this time that she began writing a journal about her life experiences. Halfe made her debut as a poet in Writing the Circle: Native Women of Western Canada, the acclaimed anthology of life-writings by Native women. In 1993 she was awarded third prize in the League of Canadian Poets' national poetry contest and was Saskatchewan’s Poet Laureate for 2005-2006.

Other titles by Louise Bernice Halfe