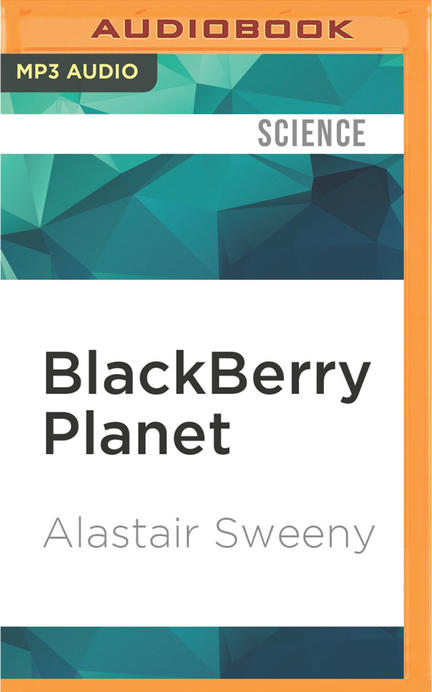 BlackBerry Planet. is a new tribe of people who simply cannot get along without their favorite device, Research in Motion's innovative electronic organizer, the BlackBerry. This omnipresent device has gone beyond being the world's foremost mobile business tool and entered the consumer mainstream as the Swiss Army Knife of smart phones. BlackBerry Planet tells the behind-the-scenes story of how this little device has become the machine that connects the planet.

Starting with the early years of Mike Lazaridis' invention and his founding of RIM at age 23, it details his drive to innovate, developing what was a glorified pager into the essential corporate communicator, used by everyone from dealmakers to the Queen, from movie stars to the entire US Congress. Since 1992, Lazaridis and co-CEO Jim Balsillie together have been the driving force behind the RIM story. With access to senior staffers and former RIM employees, BlackBerry Planet tells the inside story about the branding and marketing success of the BlackBerry, from its use during 9/11, which earned RIM a reputation for security and reliability, to the cultural adoption of the iconic device as a must-have symbol, to the backlash against the addictive properties of the "CrackBerry," and the various patent suits RIM has had to fight off—including the five-year court battle that resulted in the largest technology patent settlement in US history. As the incredible story of the BlackBerry unfolds, and as RIM battles global giants like Nokia and Apple in the emerging super-phone marketplace, users, fans, investors and competitors can look to BlackBerry Planet for the insight and context of where they've been, to try and predict where they're going.

Alastair Sweeny is the author of several books on Canadian history and technology, including George-Étienne Cartier: A Biography, BlackBerry Planet, and Fire Along the Frontier: Great Battles of the War of 1812. He is the founding director of canadachannel.ca, a series of Canadian educational portals created by well-known authors in the fields of education and Canadian history.

Other titles by Alastair Sweeny

The Laird of Rideau Hall and the Founding of Ottawa

Fire Along the Frontier