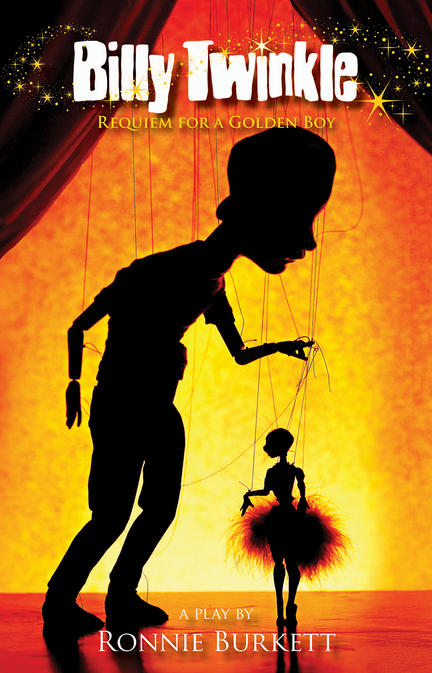 Standing at the edge of the ship, contemplating a watery demise, Billy is called back to reality when his dead mentor Sid Diamond appears as a handpuppet. Sid forces Billy to re-enact his life as a puppet show, rekindling the passion Billy once had for puppets, people, and the dream of a life that sparkles. For anyone stuck in the middle—mid-career, mid-love, mid-life—this requiem for a golden boy shines a little light on the wonder of youth meeting the wisdom of age.

Ronnie Burkett has been captivated by puppetry since the age of seven, when he opened the World Book Encyclopedia to â??Puppets.â?? He began touring his puppet shows at the age of fourteen and has been on the road ever since. Ronnie has received numerous awards in Canadian theatre as a playwright, actor, and designer for his work with Theatre of Marionettes, including the Herbert Whittaker Drama Bench Award for Outstanding Contribution to Canadian Theatre, and international recognition including a Village Voice OBIE Award in New York for Off Broadway Theatre. From his peers, Ronnie has received three Citations for Excellence in the Art of Puppetry from The American Center of the Union Internationale de la Marionnette and the Presidentâ??s Award from The Puppeteers of America. Recognized as one of the worldâ??s foremost theatre artists, his work has created an unprecedented adult audience for puppet theatre, and continuously plays to great critical and public acclaim in Canada, the U.K., Australia, Germany, Austria, Sweden, and elsewhere. Ronnie is the 2009 recipient of the Siminovitch Prize in Theatre. When not wiggling dollies in front of strangers, Ronnie lives in Toronto.

"Burkett's creation is a detailed and intricate world that unfolds with almost cinematic vision. Echoes of Shakespearean tragedy resonate through the work, not only through the appropriation of the Bard's text but also through our hero's journey… smart, funny, adult contemporary theatre."

"A masterpiece. Billy Twinkle brings us a world-class master at the peak of his powers."

Other titles by Ronnie Burkett