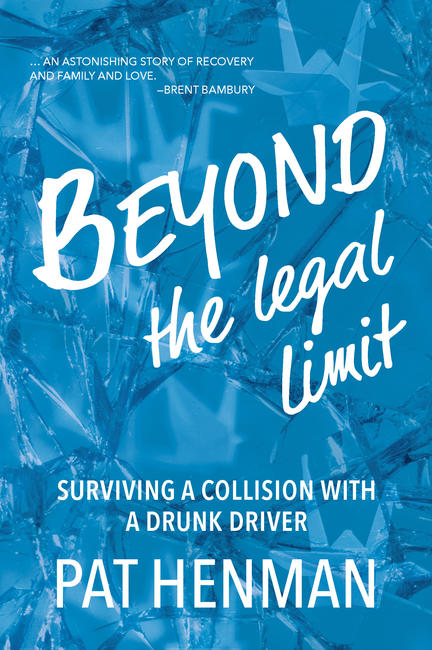 A searingly honest memoir of a mother and daughter who survived a head-on collision with a drunk driver and their determination to rebuild a meaningful life.

On a sunny Sunday afternoon in June 2013, performer and singer Pat Henman, was driving home on the highway with her 19-year-old daughter, Maia, when they were struck head-on by a drunk driver. Pat and Maia’s injuries were too complicated and life-threatening for the small hospital in Cranbrook, and they were flown to Calgary. Pat was revived four times, and her family was told to prepare for the worst. Maia had multiple breaks of all four limbs and the doctors had to induce her into a coma for more than a week. Both women spent months in the hospital recovering and undergoing major surgery. Pat had nineteen surgeries in the first week alone and Maia, a first-year university student, was left permanently disabled. This was the beginning of a long and painful struggle for their entire family.

But as Pat and Maia were rehabilitating and trying to adapt to new routines, the family’s life became engulfed in the confusing world of insurance settlements, a criminal trial against the impaired driver, and a broken legal system. Pat writes candidly about the accident and their family’s ongoing struggle in a powerful memoir demanding justice not just for her family, but for all victims.

Among the grief and anguish is a story of resilience, and recovery. Pat, whose vocal cords were damaged from the breathing tubes and was left with a permanent broken shoulder, was told she was unlikely to ever perform again. But with determination and retraining in her late fifties, she has slowly returned to her passion—the stage. Beyond the Legal Limit is the story of how love, community support and the compassion of many, including strangers, can be the path to survival.

Pat Henman is a veteran of the Canadian theatre and music industry. Originally from Nova Scotia, Pat and her family have made Nelson, BC, their home since 2000. She has a degree in Theatre from Dalhousie University, and studied Creative Writing at UBC. Pat has performed, directed and produced concerts and theatre across Canada. She is the recipient of awards in music and television, and was the 2018 recipient of a Special Citation in recognition for her “considerable Contribution to Arts, Culture and Heritage in the City of Nelson, BC.” She was nominated for the Courage to Come Back Award in 2015. She is an appointed director of the BC Arts Council and the Pacific Regional Victims Advisory Committee. She is also an active volunteer for MADD Canada. Pat is married to Larry Vezina and is mother to Zoe, Maia and Liam. Pat’s memoir, Beyond the Legal Limit, is her first non-fiction book.