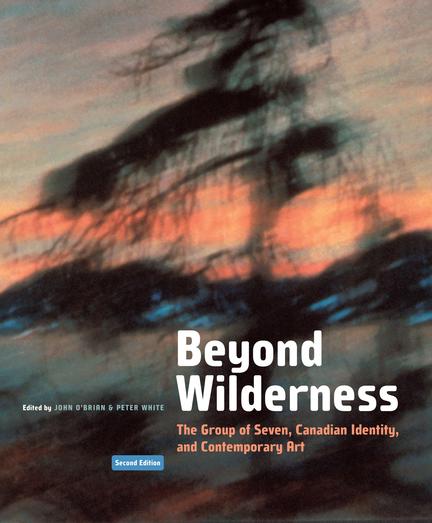 "The great purpose of landscape art is to make us at home in our own country" was the nationalist maxim motivating the Group of Seven's artistic project. The empty landscape paintings of the Group played a significant role in the nationalization of nature in Canada, particularly in the development of ideas about northernness, wilderness, and identity. In Beyond Wilderness contributors pick up where the Group of Seven left off. They demonstrate that since the 1960s a growing body of both art and critical writing has looked "beyond wilderness" to re-imagine landscape in a world of vastly altered political, technological, and environmental circumstances. By emphasizing social relationships, changing identity politics, and issues of colonial power and dispossession, contemporary artists have produced landscape art that explores what was absent in the work of their predecessors.

Beyond Wilderness expands the public understanding of Canadian landscape representation, tracing debates about the place of landscape in Canadian art and the national imagination through the twentieth century to the present. Critical writings from both contemporary and historically significant curators, historians, feminists, media theorists, and cultural critics and exactingly reproduced artworks by contemporary and historical artists are brought together in productive dialogue. Beyond Wilderness explains why landscape art in Canada had to be reinvented, and what forms the reinvention took.

Peter White is an independent curator and writer based in Montreal. He was an organizer and publication editor of Naming a Practice: Curatorial Strategies for the Future, a seminar on curating held in 1994 at The Banff Centre. White is a member of Hoopoe Curatorial, a collective currently organizing an interdisciplinary, multiyear India-Canada project, co-editor of an anthology on landscape and Canadian identity, and a member of the Montreal curatorial group CARGO.

Morrice and Lyman In the Company of Matisse

Other titles by Peter White

How to Play a Winning Game Your Natural Way

It Pays to Play