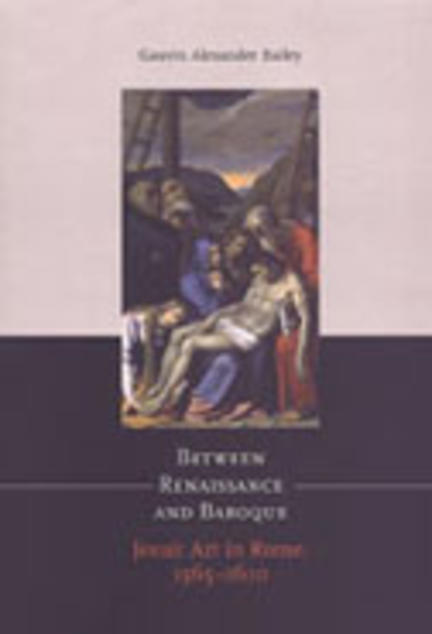 Between Renaissance and Baroque is a stunning achievement — the first book to be written about the original painting commissions of the Jesuits in Rome. Offering a uniquely comprehensive and comparative analysis of the paintings and stuccoes which adorned all of the Jesuit foundations in the city during their first half century of existence, the study treats some of the most crucial monuments of late Renaissance painting including the original decorations of the church of the Gesù and the Collegio Romano, and the martyrdom frescoes at S. Stefano Rotondo.

Based on extensive new archival research from Rome, Florence, Parma, and Perugia, Gauvin Alexander Bailey's study presents an original, revisionist treatment of Italian painting in the last four decades of the sixteenth century, a critical transitional period between Renaissance and Baroque. Bailey relates the Jesuit painting cycles to the great religious and intellectual climate of the period, isolates the new stylistic trends which appeared after the Council of Trent, and looks at the different ways in which artists met the challenges for devotional art made by the religious climate of the post-Tridentine period.

Bailey also succeeds in providing the first ever written reconstructions of the Jesuit churches of S. Tommaso di Canterbury, S. Saba, and S. Apollinare, and the original novitiate complex of S. Andrea al Quirinale, the site of the most complex and original hospital decoration in late Renaissance Italy. Through these reconstructions, Bailey sheds new light on such works as Louis Richeôme's meditation manual on the paintings at S. Andrea, Le peinture spirituelle, a lively and detailed treatise on late Renaissance art that has never before been the subject of a thorough study. Ultimately, Bailey provides us with a new understanding of the stylistic and iconographic strands which shortly afterward were woven together to form the Baroque.