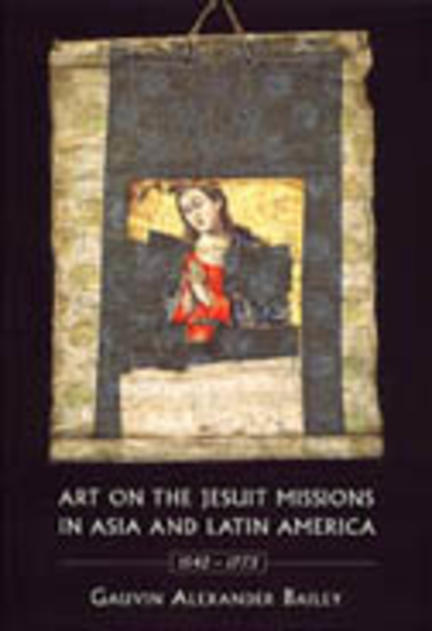 When the Jesuit missionaries ventured from Europe to newly discovered territories in Asia and Latin America, they brought with them the rich traditions of Renaissance and Baroque art and architecture. What happened to the artistic and social practices already thriving in the communities that the missionaries encountered is the story told by art historian and Jesuit specialist Gauvin Alexander Bailey.

The Jesuits, determined to convert both spiritually and culturally, put great effort into imparting their own artistic techniques and knowledge. At the same time they were unusually tolerant of the non-European cultures, making artistic accommodations in order to communicate with each particular society. The resulting hybridization was complex: German, Italian, and Flemish as well as the dominant Spanish and Portuguese idioms mingled with multiple Asian and Amerindian traditions.

Bailey argues that this cross-pollination of early modern art became the first truly global visual currency for cultural exchange. Through a sweeping look at Japan, China, Mughul India, and Paraguay, the author focuses on four of the most flourishing artistic encounters and discovers much unrecognized or misunderstood art. He overturns the simple thesis that art was imposed on subject cultures in favour of the more difficult paradigm of exchange. This meticulously researched book has over 100 beautiful illustrations and a thorough index.

'This lively, well-researched book makes important contributions to the emergence of a post-colonial understanding of an important set of early modern cultural encounters. Every scholar of international history will find in it new knowledge, surprising and beautiful illustrations, fresh insights, and a great deal of stimulation and even inspiration.'

'This extremely impressive book immediately becomes the standard work on the "diverse blend of traditions" in the art produced around the world under the sponsorship and through the influence of the Jesuit missions.'

'Gauvin Bailey, assistant professor of art history at Clark University accomplishes something quite radical in Art on the Jesuit Missions in Asia and Latin America. By resisting the centuries-old impulse either to canonize or to demonize the Jesuits, he manages to make a powerful and convincing assessment of their cultural impact.'

Between Renaissance and Baroque