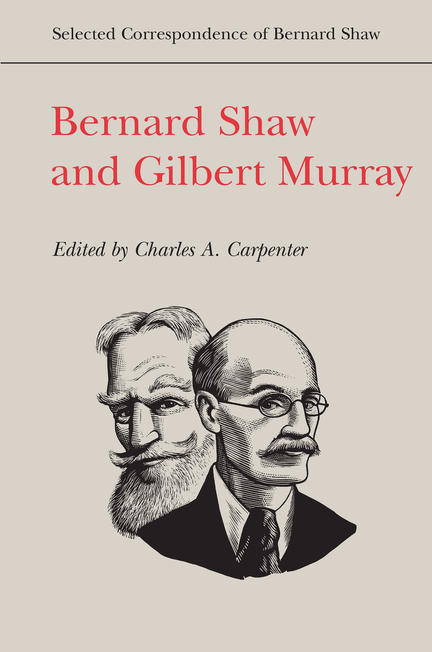 Unlikely friends and collaborators, Bernard Shaw and Gilbert Murray carried on a lively and wide-ranging correspondence for more than fifty years. When they began exchanging letters in the late 1890s, Shaw was a renowned Fabian propagandist, reviewer, and author of anti-conventional plays. Murray was a classicist and translator of ancient Greek drama who would eventually become Regius Professor of Greek at Oxford. Beginning with their shared distaste for the popular “well-made plays” of the era, their correspondence quickly expanded into collaboration – Murray helped revise Shaw’s Major Barbara, in which he appears as a character  – and discussion of a vast range of issues ranging from alphabet reform and psychic phenomena to the League of Nations and international politics.

This collection of 171 letters, most never before published, finally makes the fascinating Shaw/Murray correspondence available. With explanatory headnotes and footnotes by Charles A. Carpenter, Bernard Shaw and Gilbert Murray offers insight into an unusual literary and political friendship.

Charles A. Carpenter is an emeritus professor of English at Binghamton University.

‘Carpenter has done a superlative job compiling, contextualizing, and introducing the Shaw-Murray correspondence.’