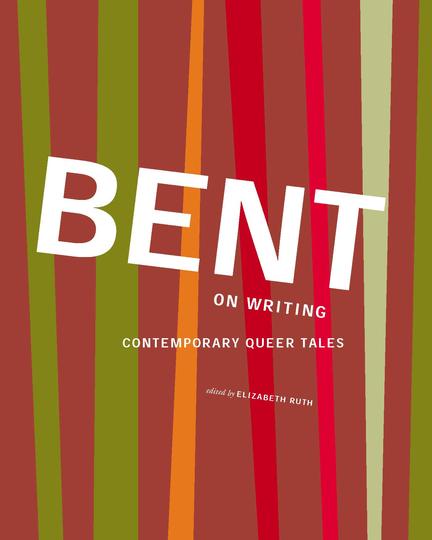 Bent on Writing offers readers a permanent and lasting record of the work of 55 talented writers who have performed at the reading series "Clit Lit," and a "how to" guide for establishing their own community-based literary events. More than an anthology, this book is a gathering of three-dimensional talent for the two-dimensional page.

Elizabeth Ruth is a writer, editor, creative writing instructor and mother living in Toronto, Canada. Her first novel, Ten Good Seconds of Silence was a finalist for the Writers' Trust of Canada Fiction Prize, the Amazon.ca Best First Novel Award and the City of Toronto Book Award. Her critically acclaimed second novel, Smoke, was chosen for the 2007 One Book One Community program. Elizabeth Ruth's third novel - about a female bullfighter - will be published in Canada in fall 2012 by Cormorant Books.

Elizabeth is well known for her mentorship of aspiring writers. She teaches at the University of Toronto, and through the Humber School for Writers. In 2011 Elizabeth held the position of Writer-In-Residence at the Toronto Public Library. Elizabeth has also held the position of Writer-In-Residence at the Oshawa and Kitchener Public Libraries. In recent years, Elizabeth has mentored middle and high school English students through WIER, Writers in Electronic Residence. In 2011 she delivered workshops and offered manuscript evaluations to writers across northern Ontario. In 2012, together with Ann Douglas, Elizabeth Ruth was hired by The Writer's Union of Canada (TWUC) to deliver professional development workshops to writers across the country. She is a long-standing member of TWUC and the current chair of the author's advisory committee of the Writers' Trust of Canada.

Elizabeth Ruth has a BA in English Literature and an MA in Counselling Psychology, both from the University of Toronto. She is also a graduate of the Humber School of Writers

Other titles by Elizabeth Ruth